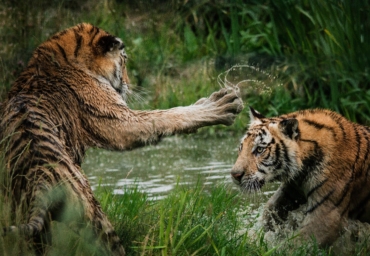 High-level drama in the crypto world surfaces as heated arguments between co-founders of IOTA (MIOTA) Foundation take place. A request for Board Director Dominik Schiener to step-down is the end result.

The Drama Of IOTA Foundation At Its Peak

Even though the crypto world is nevertheless more or less brand new, still the firms are having internal clashes. The co-founders of the IOTA Foundation are having one of these clashes. Of late, a heated exchange of words between Sergey Ivancheglo and Serguei Popov took place. The dispute took off as a usual conversation with regard to different suggestions on bringing about changes in the Foundation statute.

On the other hand, an astonishing shift took place. Ivancheglo openly revealed his distrust of Schiener.  Finally, Schiener was demanded by Ivancheglo to quit IOTA for the better of the Foundation.

Why Was There A Need For A Change?

The present statute of the IOTA Foundation permitted Schiener as the only person who can recommend new members to the board. He also was the lone person with an entrustment of voting rights. Even though both Popov and Ivancheglo are the founders, neither of them are the directors. The need for a change on the statute to bring both the founders on the board too.

What In Fact Is The Commotion About?

A fresh managerial Board decree was viewed as essential. The IOTA agenda during the month of September contains the plan for a discussion on the change. Nonetheless, the hitch is that this brings a temporary stop to the statute altering procedure. This somehow did not sit well with the founders.

At this juncture, Schiener demands the change in the statute to occur before new nominations. He expressed his doubt with regard to the actions of the founders once they became the board members. The heated arguments began there with them finally resulting in the demands of Schiener’s resignation.

No official reports with regard to his resignation have come out as of yet. He went online at that time, asking the board to consider the effects of their actions. With regard to the remaining IOTA board members, they are ostensibly receiving the 2 co-founders with wide open arms. Besides they are also ready to sign a MoU (Memorandum of Understand).