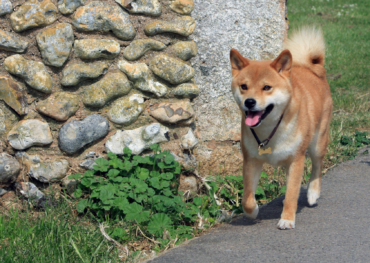 When Dogecoin (DOGE) launched with the dog meme, everyone had a good laugh about its concept as a joke. Some months after that, DOGE is not reneging on the concept of being a fun coin. Though, the thing most enthusiasts find fascinating about the coin is that its market performance suggests that DOGE shouldn’t be written off, thus giving investors assurances that the founders mean business in a fun-filled way, most likely. Experts believe that the secret of DOGE’s growth is the same as that of social media – having fun. Now, DOGE is about proving that being a fun factory is the in-thing by introducing the Doge Racer.

About The Doge Racer

The Doge Racer is a game that is inspired by the DOGE Community. Well, the essence is to integrate a game that users will find engaging and fun. This will give them yet another reason to stay with the digital currency. Again, gamers around the world could be hypnotized and mesmerized by Doge Racer, making them want to join the DOGE community. Indeed, DOGE had it all planned out. While the game is at its development stage, it is believed that it will attract millions of new users to the community.

This game is targeted at young people who make up a vast majority of the crypto-asset investors. Take, for instance, in the United States, older people tend to be skeptical about cryptocurrency. They take advantage of every opportunity to criticize virtual currency. Warren Buffet and Bill Gates are only a couple on an endless list. Though, they represent the opposite of young people wanting to try new things, including HYIP (high yield investment programs).

Well, the chances are high. Sure, it is a good strategy, given that gamers are mostly young people and will probably to be attracted to DOGE if the game gets media hype. Interestingly enough, iDOGE doesn’t get much media hype yet the coin remains stable in the market, maintaining $0.0033 from last week with a market cap of over $3.82 billion at the time of writing.

Many cryptocurrency experts will now be curious to know how a lack of social media hype will attract new investors. Recall that Jackson Palmer, the founder of DOGE, once said that what works for the coin is that they don’t hype DOGE anywhere.