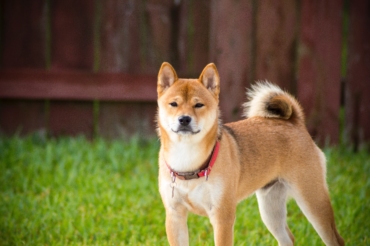 Following the cryptocurrency market religiously? If so, you’re learning there is no other popular word for describing Dogecoin (DOGE) than “joke” coin. Though, from all indications, the coin is now becoming serious – that’s the market trend we are seeing. In case you forgot, DOGE is called a joke coin because its creation stemmed from a dog meme. But today, the coin is taking a serious posture. The recent breakout in the market is seeing Dogecoin trading at $0.0035. Sure, that’s just the tip of the iceberg, because after going through this piece, you will learn how DOGE is making the right moves to drop the “joke” tag.

The gains over Bitcoin and the US dollar are a pointer to the fact that the digital currency is already up from slumber. Whales don’t have to feel they will be “rekt” anymore as DOGE is becoming more serious than they could ever imagine. With a market cap of $382.9 billion making it 35th in the market (data from CoinMarketCap), it has maintained a fairly stable bull run, renewing investor confidence.

DOGE recently received a listing on the Robinhood exchange. This is an indication that the coin should is serious. For DOGE to get this listing on the exchange, it’s a plus for the coin. Keep in mind that Robinhood has the most popular mobile trading app. DOGE price rocketed to 40% post-announcement. Jackson Palmer, the creator of DOGE, attributes its successes to the fact that it is not powered by market hype. DOGE is listing on the exchange alongside BTC, BCH, LTC, and ETH.

DOGE Is The Fifth Most Circulated Coin

Beyond the market price, there is something else traders are looking at: the number of tokens in circulation. According to statistics available from the company, there are a strong 115 billion Dogecoins in circulation. This immediately tells the bulls that the holders of the digital currency won’t have any reason to hoard it just to take an undue advantage. With this number of Dogecoin in circulation, it is now the fifth highest.

Some crypto users are not really concerned with the jargon; they seek the simplicity that DOGE offers. It doesn’t burst, neither does it get hyped. Just like Palmer noted, the simplicity that DOGE delivers helps it to eliminate any form of hype, making it easy to “HODL.” Not to mention that businesses such as BitRefill are now accepting it as payment instrument for purchasing Amazon gift cards.