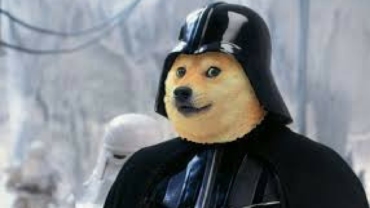 When Dogecoin (DOGE) launched in 2013, many cryptocurrency analysts believed it was a joke coin that would kick the bucket before long. How wrong they were! DOGE hasn’t only stayed active in the crypto-world four years later, but it has also maintained an impressive bull run. One of the most critical saving graces of the coin is a community with a strong, unwavering support. Not to mention a quality of uniqueness that DOGE offers.

What’s The Uniqueness About?

Without beating around the bush, DOGE is an inflammatory coin. Well, this is in contrast to Bitcoin (BTC), which is a deflationary token. These terms just describe how the coins behave in the market when assessed between supply and demand. Starting with deflationary coin, it means that the price of the coin increases when there’s scarcity: this makes perfect sense to most people. However, this is not the principle DOGE aligns with. The price of DOGE increases when more and more people spend the crypto. This type of currency is known as inflammatory.

Bitcoin vs DOGE: Where Does The Difference Lie?

The idea of inflammatory currency is likely to leave a reader at sixes and sevens. This is particularly true, given that it makes no money market sense. But, understanding how it works is better compared with inflammatory currency. According to market research, the inflammatory nature of BTC accounts for more than 60% of it being hoarded, making Bitcoin act more as a crypto-asset investment than a payment instrument. While this may work perfectly for BTC, it certainly won’t work for the altcoins. This portends a counterproductive posture as it won’t be used for tackling meaningful real-world financial cases.

Coming to DOGE, the chances are that it may be the coins to retire fiat currencies in the near future for a reason that has already been explained. Yes, there will be plenty of it in circulation unlike BTC.

Going forward, the team behind Dogecoin needs to encourage more people to start using it. While BTC whales continue to hoard it in the hopes of seeing it rise in price, DOGE investors will continue to spend their tokens until it becomes the mainstream payment instrument for everyday transaction around the world. On the other hand, hoarding will always reduce the likelihood that BTC will become the adopted cryptocurrency for daily trades.