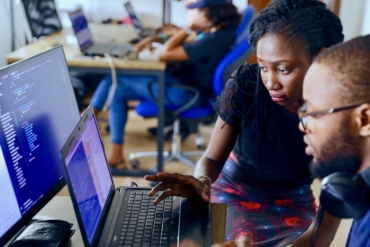 Many businessmen in Nigeria prefer using cryptocurrencies instead of their national currency. Naira, Nigeria’s currency, is at times more volatile than Bitcoin. As digital currencies are already fighting for relevance worldwide, businessmen in Nigeria are already using Bitcoin as an alternative to Naira. Checking Naira on TradeView, you will notice how the digital currency lost value over the past five years.

With the volatility of the national currency, entrepreneurs are deciding use Bitcoin. One good example is Silas Okwoche. Founder of Nerve Mobile, Okwoche needed to cancel an order of smartphones from China after the Naira fell 15% against the Yuan. Simply, the product became too expensive over night.

Additionally, another Nigerian entrepreneur, Temo, who buys tech from China, is using Bitcoin in the management of his business and affairs. When the entrepreneur wants to purchase something new from China, he converts his Bitcoin into Naira using local Bitcoin exchanges or even trading the cryptocurrency directly for Yuan. Temo notes that exchange fees are lower than those of traditional financial methods. He also adds that crypto transactions are completed in a faster way.

Another successful businessman, Soji, a Lagos designer, says he prefers using Bitcoin in all his activities. According to Soji, “ I can use Bitcoin for anything now. It means I can invest and also pay anybody currently, except old people, I will send them Bitcoin. But some people think it is a scam to deal in Bitcoin and they also fear being hacked, as many people do not know how to protect themselves online.” Soji is thankful for the emergence of cryptocurrencies as they allow him to buy goods and complete business online.