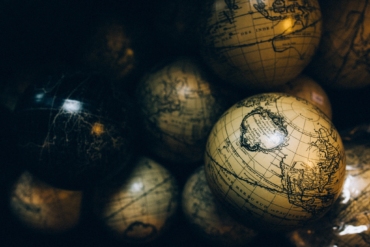 TransferWise CEO, Kristo Kaarmann, has said digital currencies are not yet flexible enough for adoption worldwide. The CEO spoke during a conference in Amsterdam adding that it will be good and exciting if people finally use digital currencies to buy goods and services.

As many investors think that cryptocurrency has a great future for global adoption, it’s displaying many problems. This includes the market’s volatility and many illegal activities including money laundering. These activities may undermine the growth of the cryptocurrency market as well as affect its value.

TransferWise has also partnered with French banking group, BPCE, to provide a transfer service to the banking group’s consumers and customers. The new transfer platform will be integrated into the bank’s apps in 2019. This will enable BPCE to become the cheapest bank in France in regards to sending funds abroad.

TransferWise is currently valued at $1 billion, but the company says it’s not going to be listed on the stock market, nor is it going to seek a banking license. Kaarmann, however, said that they will continue being borderless in working to improve their profitability and dominance in the sector.

Taavet Hinrikus, TransferWise’s co-founder, stated in 2016 that Bitcoin was dead and that no one was using it. This was the period when Bitcoin was not very popular. He was, however, proven wrong by the popularity of Bitcoin in 2017 which saw many companies accept the digital currency as a means of payment. Additionally, even workers, especially in Japan, started demanding partial salary payments in Bitcoin. During the time, he said that Bitcoin was a gold-rush and that people were buying to sell it later. Their goal was to gain profit, thus treating it as a form of investment and not a medium of exchange.

Though, Hinrikus said that he had a great belief in blockchain technology. Blockchain is becoming very popular around the globe with many people saying that the technology will lead the next industrial revolution. Blockchain is very efficient and transparent and is seeing adoption by companies for use in supply chain management. One company already using the technology is telecommunications giant Samsung, which is using the it to control its supply shipments.