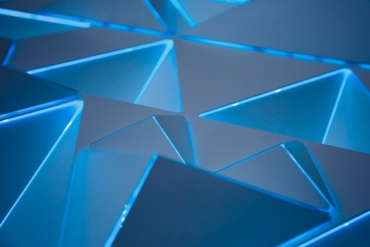 EOS (EOS) at its present price appears to be very attractive to both investors as well as traders. The cryptocurrency never was this appealing over the past couple months since trading at $5 back in March.

This was because of a bullish run activated by news of the launching of the network Mainnet to be on June 2nd.

The launch of the Mainnet led the currency to reach the peak of $21.56 on April 29th. Following this, 4 days prior to the Mainnet launch, there was a decline to around $10. Though, on the eve of the Mainnet event, it ran to $14.89.

Since then, the token’s price continues to experience bearish movement in a bearish market as news was remaining sub-par.

In spite of the hitch in the Bitcoin ETF, lawsuits against Ripple (XRP), and Stellar’s (XLM) listing on Coinbase, EOS is gradually pulling in decentralized apps (dApps).

Its network is at present attracting both new dApps in addition to the already existing ones on the Ethereum network.

A tweet on an EOS-centric page from Twitter member, @MeetDotOne, lists the different dApps currently accessible on the platform. This is what the tweet exactly states:

More and more teams based on Ethereum have turned to EOS.

More than 100 dAapps have been developed on the network now. This is evident from the info-graphic appearing in that tweet.

It is not a surprise that even now EOS is still a strong public blockchain. This is evident from the fact that the network is attracting a lot of developers. The monthly ranking by the CCID (China Electronic Information Industry Development) also stresses this point.

This ranking, again for the 2nd time, has made EOS the best blockchain platform based on technology, applicability, and innovation. It claims the number one position by edging out the trendy Ethereum, Nebulas (NAS), NEO, and Stellar.

The current price of the token appears to be at a potentially bottomed out level, which could turn it bullish. This is apparent from the fact that developers still prefer the platform to that of Ethereum. Apart from this, the Chinese government rating it as the most excellent platform, also strikes a chord to keep it on your radar.