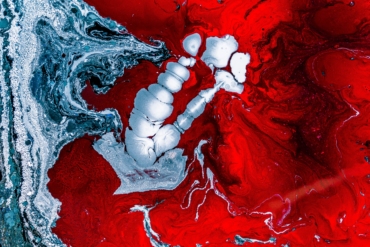 According to data from CoinMarketCap.com, the second largest virtual currency was down 65% this week. In order words, ETH dropped from $760 to $260.

As prices continue to fall across the board, everyone is getting nervous. Matthew Newton, analyst at investment platform eToro, is no exception. Newton says that the market seems to have hit panic mode with cryptocurrency prices slumping significantly every day.

Take, for instance, Ether (ETH). Its significant drops in price suggest that investors are upping the liquidation of their ICO (Initial Coin Offering) holdings, he says.

In his opinion, the CEO of hedge fund BitBull Capital, Joe DiPasquale, posited that investors are increasingly losing risk appetite. He said that when the market is down, the major players won’t have enough funds for altcoins. But retail investors, who sell on low, still dominate the market, he observed. Finally, DiPasquale predicted that BTC may drop to $5,000 before staging a major comeback in the fourth quarter.

How Is Ripple (XRP) Faring?

Well, the monster waves spreading across the board hasn’t spared Ripple (XRP), which is the third largest cryptocurrency. Yes, the digital currency shed about $.26, representing 10% dip. A quick peek at its 2018 performance leaves a lot to be desired. XRP has dropped by 90% after it boisterously started at $2.30, according to CoinMarketCap.com.

Without doubt, XRP, ETH, and the overall market performance has been abysmal, to say the least. In the past 36 hours, the market witnessed a $19 billion loss and tumbled 69% this year alone. Sure, BTC firmly maintains its stake by hodling more than half the entire market. Though, returning to its lost glory of $20,000 attained in December 2017 still remains a mirage. Its price was hovering around $6,000 Tuesday, representing a more than 56% fall.

When Was Bitcoin’s (BTC) Last Rally?

Well, BTC and altcoins rallied in July when news broke that institutional investors had interests in giving it a try. The institutional interests were asset managers BlackRock, Starbucks, Microsoft, and the New York Stock Exchange, as they were liaising for a platform launch.

Also, expectations were high that the first Bitcoin ETF would get the U.S. SEC’s stamp of approval in August. While these events rocketed BTC to $8,000 from $6,000, the SEC’s postponement of that decision to September saw BTC drop. With that drop, ETH and XRP began to struggle also.