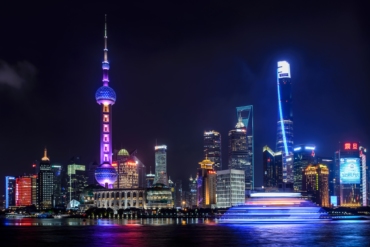 We all want to come first, don’t we? Inarguably, that competitive spirit resides in all of us – a wrong application of which can result in jealousy. Speaking of coming first, EOS has emerged first in the latest Chinese cryptocurrency rankings. Coming in second place is Ethereum! Notably, both EOS and Ethereum are dApp development ecosystems. Eos has been greedy with the top spot of late, holding on to it for the last three months consecutively. For Bitcoin, it has been an impressive upward progression rising up to 10th position from 17th.

These Chinese cryptocurrency rankings are carried out by the China Center for Information Development (CCID) together with the China Software Testing Center (CSTC). Both the CSTC and the CCID enjoy funding from the Chinese government. Remarkably, China ranks as the first country to slap a ban on cryptocurrency, yet is also the first country to rank them. Controversial, isn’t it?

33 cryptocurrency projects are assessed in this ranking exercise. Also included among these are Tezos and Nuls from the last release. Innovation, technology, and application are the three categories this ranking takes into account.

Of course, this ranking is unique for its shock element in terms of the randomness of its results. It is quite challenging to predict who will occupy which position coming to the announcement of the ranking. Certainly, very few would question the emergence of EOS and Ethereum in the top two positions. However, it leaves a hefty bunch of questions to be answered how Komodo takes 3rd, Nebulas takes 4th and NEO takes 5th ranking. In the same spirit of surprise, Lisk comes out at the 7th position while GX chain takes the 8th. Nonetheless, it is remarkable the ascension Bitcoin is making in the ranking. Since these rankings began in May, this marks the first time that Bitcoin has penetrated the top 10.

According to the CCID –

“The current model is basically the same as the previous one, and only some data accounting methods have been revised. In terms of the composite index, the three public chains with the highest increase in scores compared to the previous period were EOS, Nano and Komodo, and the three public chains that have risen the fastest in ranking were Komodo, Nano and Bitcoin.”