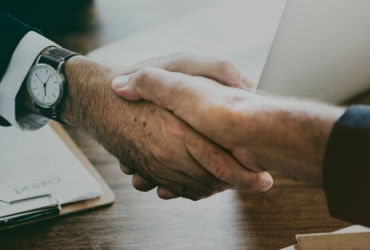 Block.one, the publisher of EOSIO blockchain protocol, has partnered with SVK Crypto, a London-based blockchain startup investor. Their partnership is aims to launch a fund worth $50 million with the goal of accelerating development and growth of EOSIO’s blockchain ecosystem. This is the fifth capital injection for the EOS (EOS) venture capital initiative of Block.one. Projects that will receive funding from the initiative include those deploying on EOSIO’s blockchain platform. These include decentralized applications for logistics, supply chains, technology platforms, data control, data ownership and social media.

Last December, Block.one made a commitment to invest more than $1 billion on businesses which leverage their blockchain software. One of Block.one’s venture capital projects includes partnering with Tomorrow Blockchain Opportunities, to create a $50 million fund. Yet another partner includes Galaxy Digital LP.

Last month, Block.one announced that Rob Jesudason, a former Commonwealth Bank of Australia CFO, agreed to join the company as a COO and group president. Entrepreneurs and developers will obtain funding they require to create community driven businesses which leverage EOSIO.

This coincides with the launch of the company’s blockchain software. Those with knowledge say EOSIO 1.0 is a revolutionary, decentralized protocol, which will suit both community and enterprise applications. While EOSIO is capable of operating without requiring the accompanying digital token assets, it is possible to configure the program in such a way that it allocates resources via staking protocols, voting or market fees. The launch of the blockchain came after the unveiling of the mainnet.

WAVM and Binaryen are the two engine configurations of Web Assembly that EOSIO uses. EOSIO also boasts of design features such as inter blockchain communication, time delay security, scheduled recurring transactions, and free rate limited transactions. With the WAVM and Binaryen web assembly engines, there are expectations it will conduct 1,000 transactions per second.

The launch, however, came with potential users being cautioned that they must take the necessary verification steps before interacting with the firms which build protocols on the platform. Developers were also warned that 3rd party libraries in use were offered on a “as is” basis. Consequently, Block.one would bear no responsibility for damages which might occur while using the blockchain software.