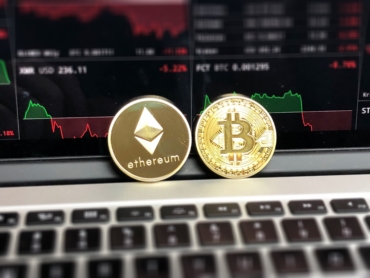 In just a few years, Ethereum (ETH) has established itself as the go-to coin for the global cryptocurrency ecosystem. Widely recognized for its role in the initial coin offering (ICO) space, Ethereum has managed to rise to become the second most sought-after coin on the market. However, ETH has seen a record downfall this year since its inception. ETH saw a steep drop of 44.8% in the last sixty days. If ETH is the go-to currency for Blockchain enterprises, DApp developers, and crypto coin investors, why are the prices falling so steeply? The reason might be the presence of ‘too many’ initial coin offerings (ICOs).

As per Bloomberg, the primary driver of ETH’s high price-gain was the massive number of mushrooming ICOs piggybacking on the Ethereum blockchain. Now, the same factor is driving down its price. Consider this – ICO investors purchased a large volume of ETH during the initial phase. This large demand skyrocketed the ETH prices. ETH prices inflated from a mere $10 USD to more than $1300 USD by January 2018. Though, as the ICOs began development and reached their maturity stage, investors decided to liquidate their holdings. In short, the forced selling of ETH coins pulled down the price as the demand diminished. We have the classic demand-supply gap problem of economics here.

Within the first three months of 2018, Ethereum was struggling to manage the modest $400 USD. Common sense would dictate that if the price inflation was related to ICOs, then the downfall must be too! ICOs generated a buzz, raised the necessary funds, and kickstarted their projects. What we are witnessing now is the developmental stage of the companies/blockchain projects that people invest in, aka post-ICO-stage.

How Are ICOs Negatively Affecting ETH?

The factors mentioned above create a race, but a race to the bottom. For instance, an expert says that a drop of 20% in the pricing can trigger companies to unload and sell ETH rapidly. All the factors combined bring down the ETH prices.

On a positive note, a sharp fall in ETH price certainly does not imply that the currency is doomed to die in ignominy. The fluctuation is just an indication of factors not working in favor of Ethereum. A proper speculation for ETH is that its price will go down further for a while before it picks up its pace upwards.