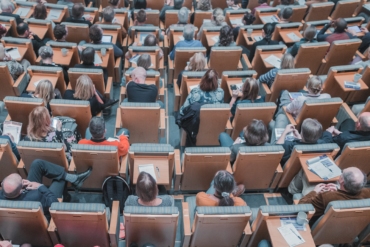 A team of economists from Yale University has launched extensive research into the cryptocurrency market hoping to improving its predictability. After studying the virtual currency ecosystem critically, they are coming up with suggestions. Those involve predicting the price of Bitcoin (BTC) and making more money (digital coins) based on the cryptocurrency’s past behavior.

The researchers noted that Bitcoin has fluctuated between $6000 and $9000 for multiples months. Currently, its price is sitting unstably at $6,343. However, despite the haphazard movements, a pattern can still be postulated. The researchers, Aleh Tsyvinski and Yukun Liu, spent time analyzing the performance of BTC price over the past seven years to reach a conclusion that could predict the future price of BTC. Apart from Bitcoin, the researchers also studied Ethereum (ETH) and Ripple (XRP).

The findings of the research were published in the National Bureau of Economic Research. The research disclosed the factors affecting the market movements of cryptocurrencies differ from those of other asset classes. Explaining further, the findings show something interesting. They show that factors peculiar to other markets may help predict returns on crypto-asset investments.

Furthermore, the findings reveal that there is a formidable time-series momentum effect that influences virtual currencies. Literarily speaking, the research findings say that when a cryptocurrency (say BTC) is performing well, chances are that it will continue to do so at least for a short-term duration.

Taking Advantage Of The Research

The researchers came up with a “simple strategy” to enable crypto-asset investors to take advantage of the new research. This strategy involves a simple tactic: investors should buy BTC if its value rises more then 20% the week before. If a crypto-asset investor does this, he will be sure to generate good returns.

Tsyvinski told Yale News that when an investor follows this technique religiously, there is 0.3% possibility that the value of BTC will drop below the zero mark and turn worthless. He also said that though it may look very little, it is much more valuable than the fiat currencies such as the Euro (0.009% chance) as well as the American dollar (0.003% chance). On how much an investor should ideally invest in cryptocurrency, the research gave a range of 1 BTC to 6 BTC. In what seems as a contradictory remark, the statement added that one must keep in mind, however, that past performance doesn’t guarantee future returns.