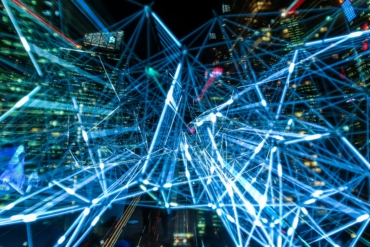 Huobi has announced the launch of a $1 billion blockchain fund through its investment division, Huobi Labs. The goal for this fund is to reach out to Chinese blockchain startups.

The $1 billion fund’s launch is in reaction from towards the growing demand for blockchain products and services in China. The new fund is part of a partnership with social networking platform Tianya Community Network Technology. It is based on Hainan Island. The island is China’s smallest province which is located in the southernmost part of the country. The new blockchain fund seeks to provide capital injection for promising blockchain startups in the country.

Huobi is also planning to move headquarters from Beijing to Hainan to support the partnership further. The move might be in relation to President Xi Jiping’s declaration that Hainan Island is a special economic zone. This means the island is now in a better position to compete with Singapore and Hong Kong.

Huobi’s decision to move its headquarters to the island also aligns with President Xi’s plan of turning the island into the biggest special economic zone in China. The relocation was completed to encourage blockchain startups to set up shop in Hainan. Huobi executives believe that the island is committed towards reforms and opening up in terms of trade, regulations and technology, thus its appeal to the Chinese crypto exchange.

Meanwhile, China is one of the countries that has taken an aggressive position against cryptocurrencies by banning crypto trading, ICOs and cryptocurrency mining. However, the country is accommodates new and promising technologies including blockchain, which has a wide range of applications.

There are a lot of economic benefits that will result from Huobi’s decision to support blockchain startups. It is an opportunity for the exchange to spearhead blockchain-based developments and remain as one of the most influential organizations as far as blockchain technology is concerned.

Huobi expects to see interest from startups with a wide range of blockchain-related projects such as decentralized apps and systems. The exchange has not revealed how it plans to select the startups that will benefit from the fund, although it will most likely involve a rigorous review process. The expectation is that Huobi will reveal the beneficiaries after handpicking them as time goes by. The announcement marks a huge step forward for promising startups looking to get their projects off the ground.