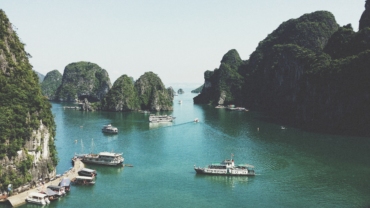 The United States government is allegedly under pressure for the extradition of Le Minh Tam, CEO of cryptocurrency mining firm Sky Mining. Tam made international headlines when reports of appeared saying he stole investors’ funds of over $36 million USD in a cryptocurrency mining project. He allegedly left Vietnam without trace. Before leaving, he asked company employees to remove over 600 mining machines in their HCMC offices. There are reports that Tam left Vietnam on health grounds without informing the board of the company where he was going.

Investors Calling For His Deportation

An online petition has been opened on change.org with over 1,230 people signing up for his immediate repatriation and prosecution. With over 5,000 investors demanding his immediate arrest, it is nonetheless unclear what Tam has done with their $36 million.

The petition points out that the company has clients scattered both in Vietnam and elsewhere in Japan and Africa. The petition also stresses that many people sold nearly everything they had just to invest in the business and that some of the victims have already committed suicide.

The petitioners, who are mostly investors, strongly believe that the extradition of Tam would go a long way toward having him prosecuted as well as recovering investors’ funds. Investors are taking this step in order to expose him and get their money back. Apart from the online petition, the police in HCMC Phu Nhuan have received hundreds of complaints against Tam and his company, which encouraged them to launch an investigation into their activities.

The cost of the mining rig was between $500 and $5000. Aside from selling this “mining rigs” to the investors, Sky Mining promised high return to them.  The company claims that they specialize in computer purchases and those machines solve algorithms. Sky Mining promised investors a 12 month period of initial investment repayment with profits of over 300%.

However, for some weeks, the investors and the board haven’t been able to reach Tam. On getting to the office of the company, they realized that the company had closed down with its nameplate taken down, too.

As we reported earlier, the investors noticed that all mining machines belonging to the company in Bien Hoa Town had been taken away by their maintenance workers. This raised suspicion that there is more to the drama than meets the eyes.

The local police department in HCMC says he escaped through Tan Son Nhat airport. Information made available to the press says that on July 22nd, he flew to Doha in Qatar. Though, his final destination remains unknown.

However, change.org says that Tam acquired a house in San Jose, California and that he is currently living in Georgia. The whereabouts of his family remains a mystery. One thing is certain, many people are calling for his extradition.