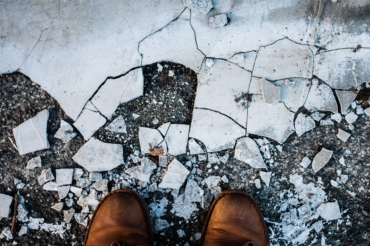 The social media giant has denied rumors that the task force formed to look into Blockchain is planning to launch a digital currency project through a partnership with Stellar (XLM). A Facebook spokesperson clarifies that the company is not planning to build on Stellar Protocol. Furthermore, Facebook has not even held a discussion about forking Stellar to create an independent blockchain.

The spokesperson noted that, “We are not in any discussions with Stellar and neither are we planning to build on their technology.”

The reports started when Business Insider reported that Facebook, through its cryptocurrency division, was looking at the Stellar Protocol in its efforts to build a proprietary digital currency. If the rumor had been true, Facebook would not be the first company Stellar is helping to fork its blockchain. Stellar already helped Kin (KIN), the digital currency released by chat application, Kik.

The story of the social media platform launching its own digital currency became intense after David Marcus resigned as a director at Coinbase, citing conflict of interest. Marcus noted that, “I am setting up a new group in Facebook working on blockchain. To avoid conflict of interest I have decided the right thing is to resign from the Coinbase board.”

Immediately after the resignation of Marcus, Facebook announced that he will be the head of the blockchain division. This led to speculation about Facebook launching a digital currency. So the question has remained if they are not using Stellar, then what are they planning to work on?

Even though Stellar (XLM) is trying to hold up, this year has been hard for most digital currencies. The market has lost more than half of its value. The most popular digital currency, Bitcoin, is currently trading around the $6,000 mark, dropping from its all-time high achieved in December 2017.

Facebook has been having problems with the privacy of data of its clients. Companies working with the social media company easily view client’s information without authorization. This could be one of the reasons Facebook is working on a blockchain platform, since blockchain is secure, fast, and convenient. Major social media platforms like Telegram are also working on blockchain technology. Earlier this year, Telegram issued two ICOs collecting more than $1 billion. Blockchain is seen as the future of internet and industrial revolutions, therefore it’s attracting many organizations.