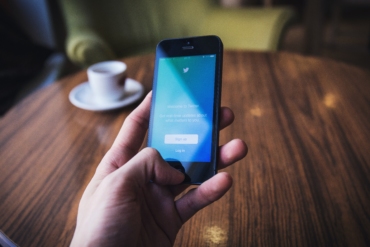 As famous as US President Donald Trump is all over the world and on Twitter, a con artist is trying to pull a fast one. They are taking the initiative to defraud people using a verified Twitter handle of “Donald J. Trump.” Well, the strategy is simple: you are the president of the most powerful country on planet earth and a billionaire. You can afford to give away lots of BTC and ETH on Twitter, regardless of their number, right? The fraudster went into the act hoping the real US President didn’t realize what is happening before it’s too late.

How Did It Play Out?

With a Twitter verified check mark bearing the name, Donald J. Trump, the scammer decided to throw a massive giveaway. He (we’re assuming it’s a male) specified that the giveaway targets all his readers using cryptocurrencies. He later tweeted that he was giving away a whopping sum of 5,000 ETH and 500 BTC. By any standard, that’s a lot of free cryptocurrency!

Though, to participate in the giveaway, there is a condition. The pre-condition is that participants must send between 0.1 BTC to 3 BTC to a link he is sharing. He followed by promising a ten-times return. So, every 0.1 BTC donor gets 1 BTC and for a 3 BTC donation, 30 BTC is the reward. As expected, people joined the party in the hopes of striking a Bitcoin goldmine on Twitter.

Yes, he did. While we cannot establish that all the bitcoins from the wallet came from the exercise, its balance was over 17 BTC ($125,000 USD) at the time of writing. The fraudster appears to be conning unsuspecting Twitter users, who some critics may argue to be greedy.

This is not the first time that Twitter’s use led to defrauding people. More often than not, the scammers clone the handles of US celebrities to lure people into donations for higher returns. We earlier cited how US automaker Elon Musk’s account was used to defraud people until he alerted the public that he was not giving away cryptocurrency on Twitter.

Just like Elon Musk, President Trump is not giving away cryptocurrenciess on Twitter either. Save your digital currencies for something more useful. Besides, any celebrity who wishes to give away cryptocurrencies wouldn’t necessarily ask that you send some coins to an unknown wallet before you are rewarded! They would go ahead to give away tokens without asking for your coins. Remember it’s a giveaway – not a HYIP! Let that sink in!