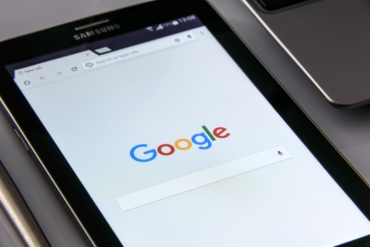 Cryptocurrency scams are constantly evolving; indeed, some of the most flamboyant and breath-taking scams ever attempted have been related to cryptocurrencies. Of all places, Google Play Store became the latest target.

These crypto scams have become so common, that only incidences involving substantial figures make it to the news these days.

Ethereum For Sale At ~390 USD Each

The app in question was an app that pulled off a scam that worked against all odds. It’s surprising just how long this “Ethereum” app survived amidst all of Google’s strict security procedures.

Lucas Stefanko, a European malware researcher, brought the world’s attention to the Ethereum scam on Google Play that was beyond imagination for most to fathom.

Stefanko tweeted about an app that claimed to sell Ethereum for way more than the current market price.

“Buying Ethereum app is not the same as buying #Ethereum. Scam app for €335 only displays ETH logo.”

The app in question claimed to sell one “Ethereum” for approximately $390. This in itself should have been a big warning sign for most.

As of August 21st, 2018, Ethereum never sold close to the price that was listed on the app, even after the app existed for well over a year.

The Success Of The App

Unsuspecting victims installed the app over 100 times throughout its lifespan. Individuals lost at least $39,000 USD or 33,500 Euros during this lengthy time-frame.

Furthermore, the most ingenious part of this scam is the name of the organization behind it – ”Google Commerce LTD.”

The individuals behind this app knew that falsely making use of the Google name was bound to give the app a better chance of getting listed on Google Play, which it did.

Naming the developers the way they did might have actually prompted victims to invest in the fake app. Above all, Google is such a recognizable brand that people would never doubt the authenticity of an app “associated” with the organization.

Lapses in Google’s seemingly air-tight security procedures were exposed by this app, which has since been pulled from Google Play. Consequently, this event left a large amount of us with a plethora of unanswered questions.