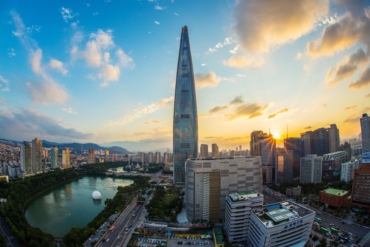 Of course, if in this modern age you don’t know about cryptocurrency, then you are embarrassingly old school. Thus, the government of South Korea is stepping up its promotional efforts aimed at helping people learn about blockchain. With this concerted push to get blockchain penetrating the public consciousness, the government will hold a hackathon event. The hackathon will bring community and blockchain together, enabling the public to gain valuable insight into blockchain.

Bringing Blockchain to the Community

The blockchain hackathon comes from the collaboration of the Korea IT Industry Promotion Agency (KIPA) and the Korea Internet & Security Agency (KISA). At present, the event is still receiving entries from interested persons. The event will run until the end of November.

The Korean Ministry of Science and ICT is another major stakeholder behind this event. Similarly, this ministry will run an intense blockchain awareness program through this year and into the next. Going further, it is expected that the hackathon event will bring innovation to the forefront, thereby exploring solutions to social problems via blockchain technologies. Accordingly, both the private and public sector hope to gain benefits from the development of distributed apps (DApps) in this event.

The Ultimate Prize for the Hackathon Event

So what does the winner take home at the end of the day? The team that tops the hackathon event will get $90,000 USD as the prize. According to the director of the Korea Internet & Security Agency, Kim Seok-hwan, “The use of blockchain technology will lead to an innovative change in people’s lives. By participating in this competition, everyone will have the opportunity to participate and contribute.”

In addition to this, the upcoming month of September will see this ministry reopen its youth training initiative. This program, which runs for six months, will train participants in several sectors including blockchain. Equally important, there will be employment prospects for participants in this program.

South Korea and Its Increasing Appetite for Blockchain

Blockchain is increasingly permeating in South Korea. The South Korean government plans to invest heavily in the blockchain sector come next year. Local authorities are aiming to judiciously infuse funds into the sector after including blockchain in their $4.4B USD Domestic Investment Plans for 2019. Therefore, areas like blockchain, artificial intelligence, and big data will be experiencing a voluptuous 65% increase in funding from the current year.

According to the South Korean finance ministry, “The measures will help facilitate the platform economy, which in turn will help speed up innovative growth.”

Across the next five years, funding for domestic investment, including blockchain, could climb as high as $9B USD. The exciting hackathon is sure to be just one of many aimed at popularizing blockchain.