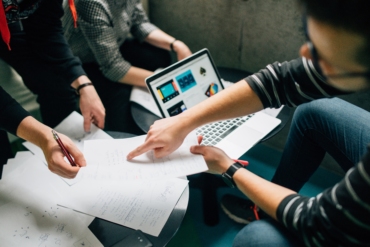 Cryptocurrency is increasingly becoming popular around the the world for disrupting the global financial services industry. Indeed, crypto companies are making investors believe that Initial Coin Offerings (ICO) should be tokenized. At least the majority of the ICOs flying around the crypto space today are tokenized. With ICOs, tokens are released alongside to raise millions, if not billions of dollars in crowd-sales. These funds are allegedly channeled to critical sectors of the project, chiefly system maintenance. But, one university’s community is beginning to question the status quo.

Stanford University students developed 16 Ethereum Blockchain-based Decentralized Applications (DApps) aiming to maximizing on-chain transaction processing and digital assets trading. The development of these DApps came without a controversial ICO. The created applications came as practicals of CS 359B program, a quarterly program where students design and develop blockchain-based applications. This DApp development has further lent credence to the fact that the university community isn’t just talking the talk, but also walking the walk.

The trend of tokenized ICOs is becoming norm in the crypto space, but not without criticisms from the university community. In recent times, many scholars are criticizing various ICOs for having unrealistic business models. Take for instance, on June 26th, Emin Gϋn Sirer, a Cornell University professor, criticized an ICO, Kickstarter, tagging it a “scam.” The Kickstarter campaign attempted to raise huge capital through crowdsales, but Professor
Sirer accused the founders of floating a defective business venture. He even tweeted that the project’s development came from an idea to deceive prospective investors.

These criticisms have heavy implications as they are not just emanating from the government as we have always seen, but from techies. Consequently, subsequent tokenized ICOs will see investors scrutinize them critically before investing. Indeed, the scrutiny will be a setback for tokenized ICOs, but, in the long run, it will compel ICO founders to do thorough homework before announcing new ICO rounds, thus saving unsuspecting investors from another round of fraud.

On the Ethereum blockchain,  DApps are front-end codes that are similar to web browsers. Though, they are decentralized back-end codes which interface between the user and the Ethereum Blockchain. They do this with the aid of smart contracts running on the peer-to-peer, trustless network. Traditionally, there is belief that users (nodes) must acquire coins to enjoy the services offered by the founders of DApps.