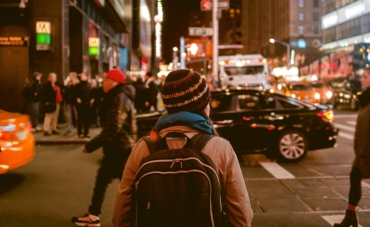 Sabeer Bhatia, founder of web email service provider, Hotmail, has warned crypto investors to desist from investing in cryptocurrencies, saying that they are too good to be true. Speaking in an exclusive interview with Arabian Business, the India-born entrepreneur said crypto valuations were speculative. He argued that cryptocurrencies are more than white papers, insinuating that ICO business models are utopian based.

To make his point abundantly clear, the 49-year-old, who founded and sold Hotmail, cited a token known as IOTA, as an example. He said that the business model of the token was based on the Internet of Things (IoT). He also clarified that the founders have yet to sell even a single unit of the device. Bhatia went farther to explain the business model of the token in question, stating that the founders hoped that the IoT devices would be able to communicate and offset financial transactions on-chain in the near future. Even more, he revealed that although the system is yet to be implemented, it is worth $15 USD. Bhatia shrugged off the business idea, insisting that it was unrealistic.

When asked about his views on the prospects of blockchain technology, Bhatia was optimistic of the innovative technology. Though still in its early stages, he hopes it will evolve to support cheap and instant cross-border settlement. In what appears as though he was contracting the earlier statement, Bhatia expressed his concerns that many crypto investors would lose out in their investments – a view also held by Warren Buffet.

In a way that suggested he was attacking some successful businesses in the US, Bhatia said that the most successful businesses in the past 10-15 years were mostly networks, such as Facebook, Instagram, WhatsApp, and Uber. He then debated that even though these networks are growing, they aren’t creating any real value. In relation to the aforementioned networks, Bhatia observed that cryptocurrencies are trying to grow a network that would connect many people around the world, but that the network would end up not creating any real value.

However, Bhatia has some advice for crypto investors. He quipped that cryptocurrency is capturing investors’ imaginations, that it has become a movement. He advised that much as it was natural for people to be fascinated by anything tied to financial success. Investors must apply caution while investing in cryptos. He concluded by suggesting that a crypto investment is a Greek gift that has far-reaching consequences.