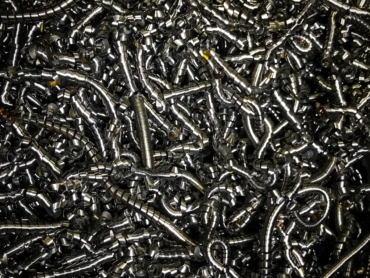 Much to a large appreciation for the need to further the eagerly awaited advancement in smart contracts, IOTA (MIOTA) announced a world changing technology (as described by CFB, Come From Beyond) called Qubic.

As self-described on its website, Qubic is a protocol that specifies IOTA’s solution for Oracle machines, smart contracts, outsourced computations and more. The website makes it very clear about the project is Qubic is not a new token or coin. There will also not be a Qubic ICO or airdrop.

Given the nature of the world we live in, there is a lack of trust in agreements. Smart contracts are self-executing agreements (contracts) with the exact terms of the agreement (contract) directly written into lines of code. Then, this code is completely decentralized for ultimate and radical transparency.

This announcement, obviously draws in a lot of excitement for the project – but how will IOTA compare to Ethereum and other popular platform blockchains?

In a recent interview, as paraphrased and commented on below, the IOTA founder decided to get clear on their stance. He says that IOTA (MIOTA) is about to change the smart contracts market as we know it today — for good!

He touches on the very important area of transactions speeds. While he believes Ethereum may one day reach its speed goals, that ultimately the cost is too great. That’s why the tangle technology associated with IOTA, a technology without fees, has a clear win and advantage over Ethereum right out of the gate.

True machine-to-machine communication, in its very essence can only occur in an environment where there are no fees.

Effectively, he mentions, you have to take into context and account the limitations of computing devices. These include bandwidth and computing costs — something that Ethereum simply can’t handle.

As Kerstin Erichman writes, the machine economy is a decentralized future that is enabled by autonomous machine to machine transactions.

There will be over 50 billion connecting devices, 20 million electric vehicles, and over 100 million robots operating between 2020 and 2035.

As she further mentions paraphrased, one has to understand the (high-level) principles of the underlying technology / token design — while the government has to develop a new legal framework (taxation, ICOs, foundations) for token based business models to protect citizens and businesses, further fostering innovation.

THE FUTURE OF MACHINES WITH WALLETS

With all of the above to consider, how exactly does IOTA (MIOTA) differ from the conventional blockchain?

Perhaps it’s that IOTA tangle allows clusters so that transactions can occur offline.

What does the future have in store for IOTA, payments and networks? While no banks would obviously give accounts to a machine – how are we to keep certain account on what they are producing? Perhaps this just means that the physical machine will need to cut out the middleman.

Keep your eye out for IOTA (MIOTA) as they really appear to be on their game!