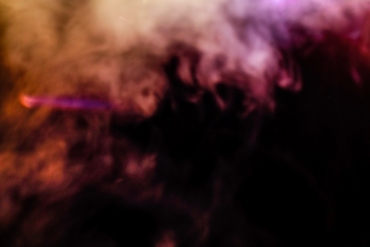 In April, the Reserve Bank of India (RBI) barred Indian banks from processing crypto transactions. Despite this ban on digital currency, media reports suggest that people are using other payment channels to facilitate such transactions.

Consequently, trading volumes went through the roof. Bitcoin (BTC) prices rallied sharply to Rs 500,000 from Rs 350,000 after the ban hit the headlines.

More Impact of the Crypto Ban

Coming at a time when many people are having interest in the new asset class, the ban simply didn’t work.  Many people likened it to the alcohol ban in the United States, which never achieved its purpose either. Just like Pandora’s Box, the ban unleashed a lot of scams.

Scams are Taking the Center Stage

In June, a celebrity was fingered in India’s biggest crypto fraud scandal. In the same scandal, GainBitcoin’s founder was alleged to have duped investors of about Rs 2,000 crore. Also, over 8,000 investors received promises of juicy returns with bonuses. Though, not one of them was paid. The police raided the offices of the company.

In April, someone stole over 438 bitcoins from a New Delhi-based exchange, Coinsecure. To save its image, the firm assured customers of their returns. The exchange later put blame of the theft on its employee.

Surprisingly, nine police officers were arrested in Gujarat for abducting a businessman in April. The kidnappers demanded ransom in digital currency.

Want more? On August 1st, two suspects were nabbed for allegedly defrauding about 1,800 people of about Rs 30 crore (over $4M USD) through a fake virtual currency company. The suspects later confessed that they formed a fake U.S. crypto company, Ripple Future. Additionally, investors received promises that they would get three times their investments in 250 days.

Also, in response to frequent crimes taking place in India, the government took a tough stance. To the authorities, an outright ban would allay the fears that digital currency may apply in finance crimes. How wrong they were! The finance minister says that cryptocurrency deserves an outright ban.

Cyber law experts faulted the government, saying that crypto regulations would be better than ban. Though, exchanges filed a case in the Supreme Court to challenge the ban.

Government Expected to Relax the Rules

Well, Reuters report says the RBI panel, Securities and Exchange Board of India, and Finance Ministry expect to draft a new policy.

The Indian economic affairs secretary confirmed it to newsmen, saying that they are close to rolling out the crypto regulations. As all awaits the regulations, the August crimes uncovering is a sign that the ban hasn’t stop fraudsters.