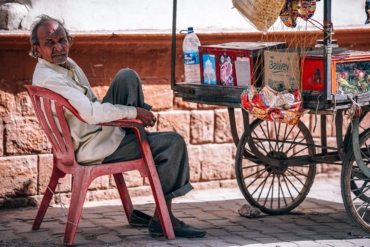 Today, we are bringing you an update on a ponzi scheme story we’ve been following closely. Did you invest in GainBitcoin? If yes, we have some cheerful news for you. India is dominating the crypto-sphere lately, featuring prominently on the cryptocurrency scams section. No thanks to Amit Bhardwaj and his cohorts, they were working round the clock to make this weird achievement possible.

Bhardwaj Wants To Refund The Investors

On Wednesday, the local media in India reported that Amit Bhardwaj, the kingpin behind botched multi-level marketing (MLM) schemes, GBminers and GainBitcoin, offered to repay victims’ initial investments in rupees. However, victims are seeking the current value of their investments and not the original investments.

The founders of the scheme, which promised to pay high returns, relocated to Dubai as criticisms and complaints flowed in. Consequently, the local police swung into action to arrest and prosecute the perpetrators. It was a typical bitcoin investment promising unrealistic returns. Victims filed reports in Mumbai, Pune, Delhi, Kolkata and many other Indian cities. There are estimates that investments over Rs 1,000 crore ($146 million) flowed in GBminers ever since its launch in 2015.

The Indian police have also approached one of the biggest cryptocurrency exchanges in India, Zebpay. They police want Zebpay to give their account of what they know concerning the case. The company’s management received an invitation for questioning because it is apparent some of the performed transactions were on the exchange, the local media reports.

The Indian legislatures are also interested in the case as they queried last week why the police had not been able to bring the perpetrators to justice. Leading in the motion was Hemant Takle, a member of Nationalist Congress Party, who wondered why there has been a delay in unearthing where the stolen bitcoins are stashed and the failure of the Indian police to arrest the crooks who are still at large.

Responding to Takle’s question, Deepak Kesarkar, a legislative member, said that the local police have recovered some of the bitcoins stolen in the fraud. Though, he says it won’t be easy to recover those bitcoins invested in foreign companies.

Last week, the Indian government planned to establish a special unit to investigate all the cryptocurrency-related frauds and ponzi schemes in the country. They want this unit to submit their report within three months. The Indian Reserve Bank also took a decisive step by announcing an outright ban on cryptocurrency banking with immediate effect.