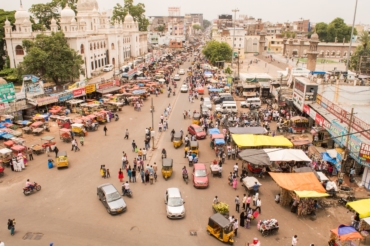 India’s Bharatiya Janata Party (BJP), the current ruling political party, is receiving accusations of involvement in a Bitcoin scam estimated to be worth $763M. According to reports from India, Congress asked the Supreme Court for intervention after emerging reports. Those reports shared that powerful and influential politicians from the ruling party had involvement in a Bitcoin scam.

According to Congress spokesperson, Shaktisinh Gohil, the estimated figure is around $760 million. Other reports indicate that the actual figure could be around $12 billion, equal to 10% of Bitcoin’s market cap. Gohil stated that, “A new mega bitcoin scam has been unraveled in Gujarat. The finger of suspicion of this massive scam of illegal cryptocurrency directly points to several top Bharatiya Janata Party leaders and a mastermind — an absconding BJP leader and former MLA Nalin Kotadiya.”

Even though Bitcoin is classified an illegal tender in India, the country has been involved in several crypto scams. This year alone, there are reports of scams worth more than $100 million. If the latest one proves true, then the figure will be closer to $1 billion. Additionally, Gohil added, “illegal hawala transactions, kidnappings, extortion of cryptocurrency using CBI/police/government authorities at the behest of top BJP leaders in Gujarat is a norm.”

In June, reports indicated that Shailesh Bhatt, the builder of Gujarat, extorted 200 bitcoins from promoters of Bitconnect. The matter, taken over by India’s Crime Investigation Department, caused countrywide uproar. During the investigation, the CID established many police officers extorted bitcoins from different promoters at gunpoint. At that time, several police officers, including state officers, received reprimands for their involvement in the issue.

The investigation found that Nalin Kotadiya, an ex-MP, also masterminded a similar act which involved different cryptocurrencies. Gohil believes that the arrest of Katadiya will be the first step to exposing top BJP leaders involved in illegal activities.

However, the ruling party dismissed all allegations stating that it’s an attempt by the opposition to spread lies and confusion. They added that the claims will remain as allegations because there is no evidence linking the party directly to the scam. They urge the opposition to stop spreading propaganda until the completion of their investigations.