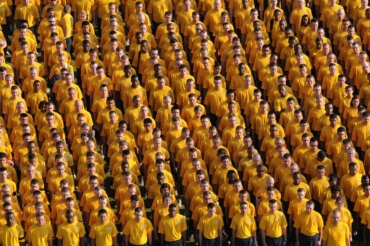 Hi there, meet Indiegogo, one of the biggest crowdfunding platforms in the world. Last week, Indiegogo announced the launch of its second-ever ICO (Initial Coin Offering).

With this ICO, the plan is to host a security token offering for an Aspen-based luxury resort. While the plans were marinating, Indiegogo was erasing the first ICO from its memory. On its platform, Indiegogo plans to sell Aspen Coins this time.

Now, the platform is working with a brokerage startup, Templum. However, the role of the brokerage is to release security tokens to companies. But why are they deleting the first ICO records?

In July, MicroVentures, Indiegogo token brokerage partner, sent out emails to investors. These investors paid for the tokens in the hopes of having their accounts credited with FAN tokens. In the email, they were informed that they would be getting refunds.

Additionally, the message added that they wanted to meet regulatory compliance. To this end, they will return investors’ funds first.

Earlier, Indiegogo boasted about the token-vetting procedure. They claim that it was very stringent for quality control and legal compliance.

Indiegogo’s first ICO was a utility token from FCFL (Fan-controlled Football League). In December 2017, it raised over $5M USD for platform development. FCFL is designed to fund an independent football league, which crowdsources a number of things. When it is crowdsourced, fans will have control over them.

In short, fans will be the decision makers in logo design, play-calling, and personnel decisions. Surpassing a funding budget of $5M USD was phenomenal. Also, FCFL signed a two-year deal with the colossal streaming service provider Twitch to broadcast its games live.

In August 2018, FCFL released a press statement on The Next Web (TNW). In the post, FCFL wondered why MicroVenture couldn’t complete the crowdsale. FCFL further accused its partner of going ahead to issue a refund statement without its approval.

Earlier in the month, FCFL released a statement. It said that they have put the public ICO on hold. Though, the reason they gave was to meet regulatory compliance. In precise terms, FCFL says it wants to prove to regulators that the platform is offering a utility token.

However, the reversal of the ICO raises questions about the future of the platform. Indeed, the concerns make sense, given that MicroVenture canceled Indiegogo’s first ever ICO.