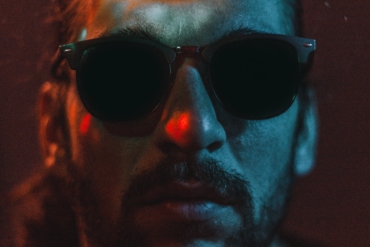 One of the world’s largest investment banks, the Union Bank of Switzerland (UBS), has given their opinion. They think Bitcoin (BTC) can never become a mainstream payment instrument. This comes despite the value of the cryptocurrency being much higher than any fiat currency used worldwide today. The bank maintains that as a result of that factor, BTC is miles away from becoming the global regular currency.

What Are Those Factors?

The bank joins a long list of BTC detractors when it posited that price volatility and scalability are two flaws militating against BTC from attaining its right position in the scheme of things. Speaking with CNBC, UBS strategist Joni Teves explained a letter he wrote to clients to discourage them from considering BTC as a legitimate asset class. To cushion the effects of these setbacks, Teves points out that increasing regulatory framework is critical. For BTC to find use in the form of money, these drawbacks must be overcome for BTC to go mainstream.

The bank maintains that the price of BTC will assume a bearish cycle. This reaffirms their argument that the virtual currency is not ripe to replace fiat currency. Even though analysts hope that the Bitcoin (BTC) ETF would be more stable than traditional Bitcoin, lack of regulatory approval has become its biggest hurdle. The UBS strategist notes the fixed supply and unusual demand dynamics have also had their negative impacts on the possibility of BTC being considered as “a viable asset class.” While supply and unusual demand dynamics may not have devastating impacts, we cannot completely rule out their roles, Teves argues.

The Way Forward To Mainstream

Again, Teves insists that Bitcoin needs more regulatory support, such as the U.S. Securities and Exchange Commission’s approval, to tackle the challenge of acceptability. The letter said that as of now, institutions and Wall Street have yet to back digital currency, saying that this is the first step that must be overcome. On scalability, the letter cites events from January as examples. At the time, transaction fees of Bitcoin hit $55 and the network’s congestion became troublesome just as the virtual currency was getting global attention.

Despite the uncomplimentary words used to describe BTC price volatility, the bank is, however, optimistic that the digital currency has the potential to become a mainstream investment vehicle or payment platform in the future, contending that it may become a legitimate asset class and/or viable payment mechanism that the most conservative and traditional investors will still embrace.