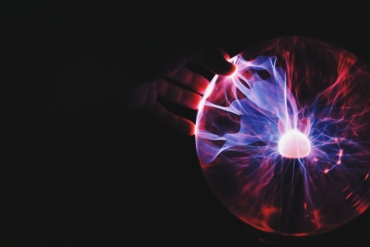 Cryptocurrency traders worldwide share worries in regards to Bitcoin prices continuously wafting southward since the beginning of 2018. Crypto experts forecasted towards the end of 2017 that Bitcoin would hit $20,000 before the end of third quarter, 2018. Bitcoin investors jumped on board owing their decisions to expert projections.

However, while many of late Bitcoin investors expressed disappointment in the continuous price drop, older whales remain optimistic. This feeling comes from them having a good grasp of how a speculative cryptocurrency market functions.

Last week, Bitcoin maintained its slow, bearish pattern and losses. Available data reveals that the digital currency started out at $6,600.99 on Saturday, July 7th. The same day, it gained fractionally to rise to $6,810.90.

Later, the digital currency would experience a slight fluctuation between $6,600 and $6,800 within the week. Afterward, it rose to $6,791.59 on Tuesday, July 9th, but it would later take a nosedive.

Bitcoin price patterns followed some paths forecasted the previous week by failing to rise to the threshold value of $7,000. These patterns suggest Bitcoin wallet owners should hurriedly sell off their bitcoins, Jon Pearlstone, a publisher of a cryptocurrency newsletter, posited.

In his opinion, CEO of Coin IRA, Trevor Gerszt, said that Bitcoin is down from the similar pressure gold suffered at points in the past. He added that it is the first asset that marginal investors liquidate when they need cash. Gerszt named factors, such as the Chinese government crackdown on the cryptocurrency market and some non-serious crypto-asset investors leaving the market, as the major causes of Bitcoin price drop.

Most analysts believed that Bitcoin will continue to fluctuate, given that the cryptocurrency is maintaining these price movements for a while now.

In his view, the senior crypto-market analyst of trading platform eToro, Mati Greenspan, says another drop of the digital assets will not surprise anyone at this point in time.

While giving his opinion about the future of Bitcoin, Pearlstone said that if Bitcoin doesn’t rise above $7,250, the coming months will test the commitment and resolve of most Bitcoin bulls.

Bitcoin was the first digital currency to be fully implemented in 2009. This came after Satoshi Nakamoto, a pseudo-name or group, released a white paper in 2008, with details on implementation.