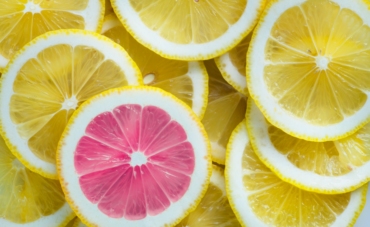 The Internet of Services Token (IOST) is one of the latest cryptocurrencies to join the industry. The token is a stable, secure and scalable blockchain-based platform for developing and deploying high-performing decentralized applications (DApps). Founded by Jimmy Zhong in 2017, IOST is increasingly becoming popular globally. After a successful ICO, the cryptocurrency found itself listing on Binance and Huobi in early 2018. Additionally, it hit a $900 million market cap the same day. Well, IOST was able to achieve that because of the hype the ICO enjoyed while the rounds were on. Today, they are launching something new as a way of keeping their community on their toes.

With the aid of its community hub, IOST is set to kickoff a historic event that will allows members of the IOST community earn as high as 600 tokens for participating in this program – that is the reward for referring a member to its community hub. At the time of writing, 600 IOST is equivalent to $15 USD in fiat currency. With over $1,000,000 worth of IOST up for grabs, there is certainly enough of it to go round. Furthermore, the company is setting the limit at $16,000 worth of tokens per participant. Announcing the program through its Twitter handle, the company encourages everyone to involve their friends so as to win big.

Comparison With Other Tokens

Unlike other promotion programs, this token offers a combination of airdrops, affiliate programs and bounties. The only cryptocurrency that comes close iss Tron (TRX), which led to its unprecedented popularity. Though, the company is packaging this program to surpass TRX’s airdrops.

Despite having all these juicy goodies to bring in new users and get the existing members busy, the program is attracting widespread criticisms. The critics are chiefly saying that the whole referral program idea is to increase the popularity of the token and up its market shares. However, the proponents argue that the aim of launching the referral program is to build IOST reputation and brand image.

While it is not very popular in the West, the token’s popularity and performance in the Far East (mainly in Japan, China and Korea) is commendable. In a well-attended blockchain awards gala night that took place in Beijing in June, Zhong recevied an accolade while IOST earned recognition as the Best Public Blockchain (Technology). Recently, the network has received massive support from venture capitalists. They boosted it by investing a whopping $50M seed funding. Although no one can guarantee the success of this referral program, it is something that is too juicy to be overlooked.