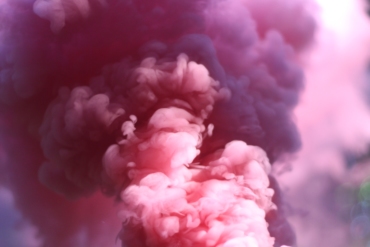 As the United States imposes transactions on Tehran today, the Iranians are growing jittery over the development. They are taking to the streets of Tehran to protest the decision of U.S. President Donald Trump to re-impose economic sanctions after pulling out from a 2015 nuclear nonproliferation deal. The sanctions will see the White House tighten the economic screw against Iran. This is frustrating the Middle East country from doing business with US allies and the rest of the world. Indeed, the coming days will see the oil-based Iranian economy denied access to U.S. dollars and trades in key sectors of the economy, such as automobiles and aircraft.

The sporadic protests that greeted these moves have put a human face to Iran’s economic woes. Additionally, it is sending a clear signal that the Iranian people will bear the brunt when the two governments flex their diplomatic muscles. Hundreds of Iranians besieged the streets of Tehran to register their displeasure over Monday’s development. Many were carrying placards with various inscriptions on them and calling for the overthrow of the Iranian government.

Tehran Is Fighting Back

With President Trump’s resolve to cut off Iran from international trades, (including but not limited to suspending it from using the SWIFT transfer network) and weaken the local currency, Rial, Tehran is turning to cryptocurrency as the way out of the economic quagmire. Though is cryptocurrency the way out of the impeding economic woes? Let’s examine the underlying factors.

Tackling The Problem With Cryptocurrency

Cryptocurrency-related transactions eliminate the need to have third parties, such as banks, the government and the law. This helps people maintain anonymity, and make high speed transactions with accuracy and security. The Secretary of Iran’s Supreme Council of Cyberspace, Abolhassan Firouzabadi, confirmed this move to newsmen last week. He says a group will form to discuss launching a country-based digital currency and to make sure of its acceptance by friendly countries.

This statement is coming days just after the deputy for management and investment at the Directorate for Scientific and Technological Affairs, Alireza Daliri, said that cryptocurrency could facilitate transfers from and to anywhere in the world, most especially in the times of sanctions.

The Crypto-table Has Turned Against The Iran Government

Yes, cryptocurrency is in the offing! It is rather surprising that the same government that openly criticized digital currencies, such as Bitcoin (BTC), is now weighing the option of launching its own digital currency. In April, Iranian banks were issued a stern warning to desist from offering crypto-asset services. In fact, they were banned from dealing with cryptocurrencies. However, Tehran is yet to release the details of how they want to integrate cryptocurrency with their central bank, though official sources say the national cryptocurrency is likely to roll out in a matter of months.