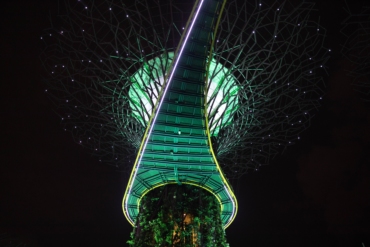 Even though Bitcoin (BTC) price crashed from $20,000 USD to $6,000 USD, that doesn’t really matter. Really? Yes, really. At least, that’s according to SFOX’s Danny Kim, a cryptocurrency prime dealer. Indeed, the review from the company shows that the cryptocurrency market became more stable this year.

Basically, SFOX says, via Kim, that the reason for this is that the movers and shakers of Wall Street are joining the market. There’s no denying the fact that when price fluctuations are common, fears grip investors. When a huge amount is involved, investment skepticism becomes the order of the day.

With the current price of $7,361 USD, BTC is taking its place of pride in the market. While this may seem attractive to individual investors, the volatility affects mainstream adoption. True, many merchants will have mistrust for the currency as it has proven to be impractically volatile.

Additionally, the head of SFOX, Danny Kim, told Business Insider that 2018 is a positive year for cryptocurrencies. In his assessment, Kim said that, so far, the blockchain and the cryptocurrency industry have experienced multidimensional progress.

In truth, digital asset prices have remained stable on trading platforms with a negligible difference of 0.1% or less. As a result, banking institutions, asset management funds, and trading firms have joined the market.

Speaking further, Kim said that high-frequency trading firms have been in business since 2014. However, their operations were hampered due to a lack of infrastructure. He said that now ‘times have changed’ as exchanges use new strategies to deal with inconsistent prices.

Some of these strategies, he pointed out, include collocation of matching engines and trading computers, FIX connections, and more. Also, Kim gave the names of the latest to arrive at blockchain, like the coffee megachain Starbucks and the investment bank Goldman Sachs.

Truly, government regulation is taking a new dimension as there is a renewed commitment in that area now. This year has seen attempts on the part of the government to regulate cryptocurrency. Invariably, there’s concerted effort to legitimize cryptocurrency. He maintained that the bans and checks unsettled the market. Though, they were a “necessary evil” to sustain the market in the long term.

A Japanese Bank Launches Its Own Cryptocurrency

He added that the positive efforts of governments around the world are manifesting, citing Japan’s case. A Japanese bank, Mitsubishi UFJ Financial Group, just launched its own cryptocurrency, MUFG. The new coin will be used for daily purchases as a result of crypto regulation this year.

On the future of cryptocurrency, SFOX’s Kim forecasts it as bright. However, he noted that what it needs is a reliable ecosystem. In such systems, there won’t be price fluctuations within short periods. Kim believes that with time more game changers will move in to stabilize both the price spread and price fluctuations.