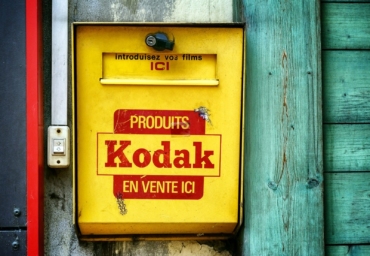 Kodak is reportedly working together with blockchain company Wenn Digital to raise $50 million through private and public token sales. Kodak, which is one of the companies that pioneered photography, has recently demonstrated a lot of interest in blockchain technology.

Kodak’s decision to venture or experiment with blockchain is a desire for better copyright protection. Wenn Digital may have just solved that problem, or come one step closer towards an ideal solution. The creation of the KODAKOne system, based on blockchain technology, could be that savior.

KODAKOne was the result of a partnership between the two companies. Earlier this year, they announced plans to offer a token for the new platform. Kodak then awarded Wenn Digital with the rights to its brand. The result of the partnership is a digital rights management system with its own cryptocurrency. The token, KODAKCoin, was to go on sale in January. Do to regulatory issues, the date changed.

The public sale will now be May 21st and the two firms plan to raise as much as $50 million. KODAKOne Chairman, Cam Shell, revealed that they had to put the token sale on hold in order to make sure that everything goes well. The Chairman also revealed that the KODAKCoin token will be offered under compliance with the U.S. Securities and Exchange Commission courtesy of an instrument known as the Simple Agreement for Future Tokens (SAFT).

The issuance of tokens through the SAFT instrument usually happens with the creation of a new blockchain platform. This is something that Wenn Digital plans to do before the end of the year. The advantage of using SAFTs is that companies are not required to register with the SEC. Additionally, this is the same method that blockchain firm Filecoin used in its token offering last year to raise roughly $200 million.

Wenn Digital already launched a SAFT pre-sale targeting its accredited investors and managed to raise roughly $10 million, but it has a capital requirement of $20 million. However, the company is targeting $50 million which it believes is the ideal amount. Exemplar Capital and Pickwick Capital Partners will manage the token sale. Additionally, Cointopia will launch the platform. Wenn CEO, Jan Denecke, says the company wants greatly to provide a high level of transparency and security.