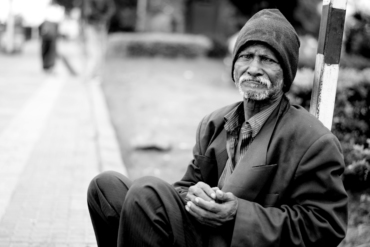 For a change, there is an ICO created to bring help to the poor. Yes, the whole idea behind the startup, Legaler, is to legally support poor people in the most unfortunate situations. Without a doubt, the appeal is touching, and its vision is encouraging.

Sure, who wouldn’t want to contribute to bringing about the change that the paupers seek? Truly, those sentiments resonate and are capable of compelling even the stiffest hearts to donate. That’s why the Legaler founders set out to make a difference.

Legaler Is Good To Go

Also called a blockchain for legal startup, Legaler is proving to be a roaring success even before its official launch. A brainchild of co-founders Stevie Ghiassi and Mike Hosseini, Legaler came into existence in 2017 and has already raised an impressive $1.5M USD.

Currently, it is just inches away from building a network of lawyers to provide free services. With Pacific Blue Capital and also MasterNode Ventures leading the financiers’ list, Legaler is sure to make the needed impact.

Details Of The Project

Legaler is designed as a meeting platform for lawyers, crossing national borders, in order to help souls in need. Additionally, Ghiassi stated that over 1,000 law firms across 80 countries around the world have already signed up for the ambitious project.

Legaler Aid, which is its flagship app, will enable people to connect to an incentivized platform. In February 2018, the issuers announced that there was a plan to launch an ICO with a market cap of $35M USD. However, the cryptocurrency market downturn seems to be stalling the move.

Figures from the United Nations show that of the seven billion on planet Earth, four billion people have little or no access to quality legal representation. Additionally, these people outnumber the two billion who are disconnected from the banking network, and the 3.5B people who lack internet access.

Fortunately, those people who lack access to legal representation are those the program is targeting. Ghiassi relayed as much to an audience listening to him with rapt attention in a sensitization workshop. He likened Legaler Aid to ride-share provider app, Uber, tagging it the “Uber for Law.”

Regarding the launch of the ICO in the crypto sphere, Ghiassi regretted that the ICO hasn’t launched six months after its announcement. He cited the market downturn as a major challenge facing them, as it discourages the company from kicking off the ICO rounds.

Ghiassi concluded that they are not in a hurry to launch it but to build a robust, lasting platform. He added that the company’s plan is to be around for a long time to come.