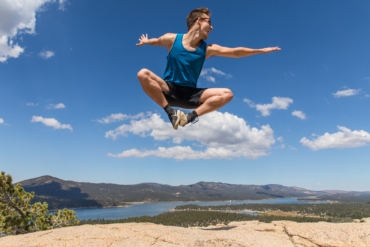 For those who follow the events in the blockchain industry, the founder of Litecoin (LTC), Charlie Lee, has really done his bit in the industry. Recently, Lee came under pressure for the incessant fall of Litecoin’s price.

Yes, members of the LTC community attacked him via his Twitter handle, dropping him harsh words. Well, they just wanted him to salvage the crashing coin. In response, Lee promised to work hard to shoot the cryptocurrency to $400. Has he been able to achieve that? Okay, let’s look at the coin.

Arguably, Litecoin can’t get any worse than it already against the U.S. dollar. Looking at it closely, it’s trying to stabilize, sitting at its resistant $58 mark. Another observable point is that the 200 exponential moving average acts as its critical support.

Well, that’s not all; the digital currency relative strength index shows that it has reached its critical level. Make no mistakes about it, the coin has to breakout next week. Yes, it goes without saying that it either downsizes or upsides.

What’s more? The DeMarker indicator shows that the value of the coin was sitting near rock bottom this week. At this juncture, the next line of action is a reversal. While the market turmoil swept across the market, Litecoin (LTC) maintained its price to a large extent. Now, expectations are high as everyone awaits it to spike in the coming weeks.

I’s a bad season for the cryptocurrency market. There’s no magic wand to rocket them back to their peaks where they dropped from. Sadly, everyone is feeling the heat. LTC has shed 80%+ from its all-time high.

Nevertheless, there’s no cause for alarm as the future looks bright. LTC has attracted many investors as a good payment instrument and having the quality to store value.

Litecoin (LTC) previously dropped against Bitcoin (BTC) before a recent burn over the past 12 hours. Although it is supported at $54 mark, there are indications that it is gathering momentum for a spike break. It currently trades at $58. Also, in the past 36 hours, its market cap has averaged $3.17 billion with a trading volume of $241.98 million.

A surge may not be far from the current performance. What has, however, remained unclear is how Lee plans to rocket the coin price from $58 to $400. Is that a wishful thinking? Well, either way, many enthusiasts will be interested in seeing him change it up.