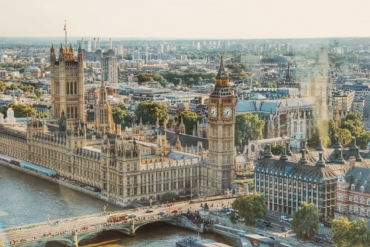 Cryptocurrencies are volatile and tricky to store effectively, so more and more custodian services are prioritizing insurance over most other things. Kingdom Trust is no exception. Recently, they made an announcement that they are finally insured by arguably the most reputable insurance marketplace in the world.

Lloyd’s of London is an insurance marketplace located in London, UK. Most people do not know that Lloyd’s, as it is generally referred to, is not an insurance company.

The Lloyd’s Act of 1871 and various Acts of Parliament governs the insurance marketplace. It is a partially mutual corporate marketplace that features numerous financial backers that come together to pool and spread insurance risk.

This move by Kingdom Trust is not surprising; they have been actively searching for insurance since the firm launched in 2010. They intensified their efforts during the last few months, according to Chief Executive Officer, Matt Jennings.

The company claims to hold approximately $12B in total assets. These assets consist of over 30 digital currencies.

Lloyd’s of London and Kingdom Trust

Kingdom Trust executives weren’t shy about their need for insurance. Its CEO had the following to say:

“From the very beginning we saw insurance as a key factor to bring institutional investors into the marketplace”.

Kingdom Trust and Lloyd’s of London is a match made in financial heaven, surely it was to happen sooner or later.

Kingdom Trust offers individuals, who do not want to invest directly in cryptocurrencies, the opportunity to invest in hedge, private, or traded funds.

Furthermore, the firm offers “cold storage” to customers owning digital currencies. Matt Jennings claims that the firm received a “drastic discount” from Lloyd’s for making use of cold storage.

Kingdom Trust’s decision to seek insurance coverage follows the trend of other institutional custodians operating in the cryptocurrency world.