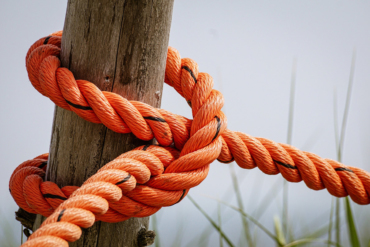 Accusations are raging that Tether (USDT) is manipulating prices. However, the top industry leader and Ethereum co-founder, Joseph Lubin, doubts the truthfulness of such allegations. Important to realize, Tether is the first blockchain-powered platform which made the tokenization of fiat-backed cryptocurrencies possible.

With this in mind, allegations are rife since last year that Tether messes with prices. Such allegations became more pronounced after a group of analysts from the University of Texas published their findings. It was at the time when Bitcoin (BTC) spiked to $20,000 USD. In the light of this, many in the cryptocurrency world believe Tether is dishonest about its backing assets.

However, Lubin thinks otherwise in face of the consolidating allegations. According to Dublin, “based on our analysis, which involves just talking to a bunch of people in the space, we do believe that [USDT] are backed 1:1 by U.S. dollars in bank accounts” although it is “still not 100% solid in terms of a story, from my perspective.”

In June, Freeh Sporkin & Sullivan LLP, a law firm of high repute, embarked on an unofficial audit of Tether’s accounts. The findings reasonably doused such allegations of price manipulation. Particularly, the findings from the audit revealed that the USDT has sufficient funds to back every single token 1:1 with the US dollar.

In view of this audit, the law firm had access to Tether’s two bank accounts for weeks. Ultimately, the law firm published the US dollar holdings as of June 1st. Tether’s general counsel reveals that the number of USDT issued was equivalent to $2.54B USD on June 1st. Going by data sources from CoinMarketCap, a total of about 2.8B USDT is currently in circulation.

Another key point, as earlier mentioned, this audit by Freeh Sporkin & Sullivan LLP was unofficial. Therefore, going by professionally established industry procedures, the audit would be viewed as possibly flawed. Even Freeh Sporkin & Sullivan LLP admits to the possibility of loopholes in the audit. The law firm points out that it is “not an accounting firm and did not perform the above review and confirmations using Generally Accepted Accounting Principles.”

Tether Fighting Back to Save Its Reputation

Accordingly, a study from Bitmex, research affirms the possibility of Tether stashing humongous cash in Puerto Rican banks, enough to back its token issuance. By the time May ended, Tether reasserted its authenticity by minting another 250M USDT. This actually revived an issue of their dollar reserves.

Tether CEO, J.L. van der Velde, speaking on the allegation of price manipulations, violently debunks those claims. According to him, “Despite speculation, we have consistently stated that Tether is backed by USD reserves at or exceeding the Tethers in circulation at a given moment, and we’re glad to have independent verification of this to answer some of the questions posed by the public.”

Well, what can we say? Only time will tell who is in the right.