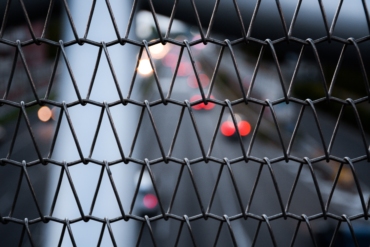 The residents of Macau washed their hands of HK $20 million (US $2.5 million) in a cryptocurrency scam. The proprietor of a Hong Kong e-sports + cryptocurrency mining company supposedly swindled the investors of Macau. Following this news leak, the owner has vanished into thin air.

Reports from the Macau News Agency say that over 70 citizens were actually led astray in the investment scheme. During late 2017 an e-sports and IT supplier, Forger Esports, launched the cryptocurrency business. During a press conference in Hong Kong, the annoyed investors charged the company of unlawful practices.

At a January ’17 seminar, the agents of Forger Esports informed people that it has instituted a cryptocurrency mining in Hong Kong. The company’s name is Forger CCMS and it supports the operations of the mining. Forger CCMS further alleged that it has plans expand mining services to 40 or 60 warehouses generating approximately HK $200,000 cryptocurrency every month. The seminar attendees received promises of preset returns from the development project if they were to invest in it.

The company stopped paying the fixed sum in July. Investors conducted a futile attempt to get in touch with the company owner via WhatsApp. To this point, fourteen investors went to the police for help.

Sources stated that the company has signed about 142 contracts worth more than HK $50 million (US $6.370 million) in principals plus returns.

The Proliferation Of Cryptocurrency Scams

Scandals in cryptocurrency have multiplied in recent years. The reason is that criminals find it very easy to lure raw investors. As people are really passionate about cryptocurrency, they can be easily baited with the promise of high returns.

In April, Modern Tech, a Vietnamese cryptocurrency company, enticed investors by promising to pay them up to 40% of the monthly profit. Though, later on they absconded with investors’ money worth VND 15 trillion (US $660 million).

Yet another massive cryptocurrency scandal has come to limelight in Vietnam last week. VNCoin is a local company that was operating the scheme. Based on police reports, investors had invested in the company from August to November of 2016. The report further alleged that 6,000 investors had invested a whopping VND 200 billion (US $8.5 million) into many fake projects.

In India, a company named Ripple Future ran a fake cryptocurrency project. A reported 1,800 people have been duped to the tune of Rs 30 crore (US $4.3 million).