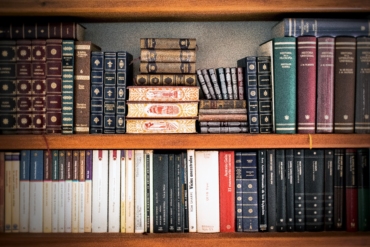 Mark Karpeles, the former CEO of Mt. Gox, is a man under pressure. He has faced continued lawsuits from all over the world for the hack of his exchange. At the moment, he is facing a fraud case in the United States which he is denying. Karpeles has asked a U.S. federal judge to dismiss the case against him while insisting his innocence.

Mt. Gox was the world’s largest exchange when it was hacked, losing $460M USD worth of digital currencies. The hack also saw another $27.4M USD go missing in several bank accounts belonging to the exchange. Subsequently, people blamed the exchange’s CEO for the massive hack. The hack led to the exchange being declared bankrupt shortly after. The exchange employees said that they were not surprised since the CEO ignored many security recommendations.

However, the latest suit is related to the 2014 bankruptcy. Attorneys in the case stated that, “This case does not have personal jurisdiction over the CEO. The proceedings against Mr. Karpeles must be dropped without any actions.”

In the meantime, Nobuaki Kobayashi, the Trustee of Mt. Gox, has started an online compensation claim filling platform. The platform has been allowing former Mt. Gox customers to register their claims for the lost funds. Currently, the estate has about 137,891 bitcoins (BTC), which are valued at around $950M USD at the moment.

The exchange has on several occasions been accused of buying time in order for Bitcoin to rise in value. Karpeles acquired Mt. Gox in 2007 from an American entrepreneur, before converting it into an exchange after Bitcoin gained prominence. The company quickly rose to fame becoming the largest exchange in Japan and then in the world.

After the hack of the exchange in 2014, Mark Karpeles recommended that people be compensated the value of the coin at the time of investment, instead of according to the current value of Bitcoin. However, this was not the first time the exchange was facing similar difficulties. In 2011 the exchange went offline for several days after a hacking scare.

Mark Karpeles has said that he will keep fighting to prove his innocence. He added that he was never involved in the hack of the exchange in any way. He actually wondered how he would have taken part in bringing his own business down. Nevertheless, people have insisted that his negligence led to all the losses, as bolstered by the claims of his ex-employees.