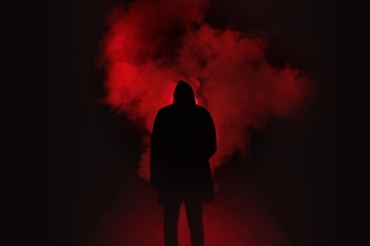 The altcoin, Monero (XMR), mined fairly and associated with privacy, lost $175 million. Scammers and hijackers appear behind the theft. This discovery is due to the findings of a US cyber security researcher investigating a sudden rise in mining scams. The amount lost is equivalent to about 5% of the Monero coin in circulation.

In anticipation of organization newsletter, Unit 42, Palo Alto Networks’ Josh Grunzweig wrote about, “The Rise of the Cryptocurrency Miners,” on his website. Mr. Grunzweig’s regular examinations regarding the matter made him plunge further into the particulars. He came up with two basic discoveries:

Palo Alto Networks trades on the New York Stock Exchange as a cyber security organization. Their concentration, for the most part, is on restrictive firewall arrangements. It discloses nearly $2 billion in income a year ago. They also have a worldwide reach of 50,000 clients in 150 nations. Additionally, they utilize in excess of 5,000 employees around the globe.

In Mr. Grunzweig’s writings, he shares there was, “extracted a total of 2,341 Monero wallets from the analyzed sample set. Unlike some other cryptocurrencies, it is impossible to query the Monero blockchain to extract a single wallet’s current balance without the owner’s password. This is by design: a result of how Monero was originally designed. As such, I needed to take a different methodology in order to determine how much money attackers were able to mine.”

“Fortunately,” Grunzweig mentions, “in addition to the wallets, I was also able to determine which mining pools were used for various mining efforts. Looking at the top ten mining pools used by this malware, I determined that all but one allows for anonymous viewing of statistics based off of the wallet as an identifier. This anonymous viewing is intentional, as it allows users to anonymously connect and use various mining pools without inputting any personal identifiable information.”

Additionally, Grunzweig shares, “that the total Monero represented roughly 5% of all Monero in circulation at the time of writing. This of course doesn’t take into account web-based Monero miners, or Monero miners that we do not have visibility into. As such, we can assume that the actual percentage of Monero in circulation that was mined via malicious activity is actually higher.”

In closing, he proposes the malicious pattern is leveling off. He proposes this drop-off because of costs plunging lately. Grunzweig says it “is clear that such activities have been incredibly profitable for individuals or groups who have mined cryptocurrency using malicious techniques for a long period of time.”