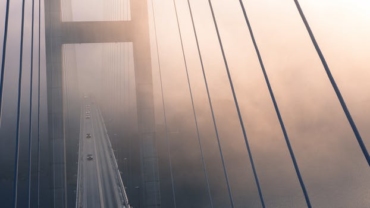 The Mueller investigation into interference from Russia in the US presidential elections is an interesting tale that is watched globally. We are all anxious to know if Putin gave Trump a boost into the White House. However, will you find it interesting to know that US Special Counsel Mueller is encroaching into the crypto world in his energetic probe?

Yes, a Russian by the name Alexander Vinnik has entered the fray of the Mueller probe. Vinnik is a former employee of a large Bitcoin exchange that allegedly ran a massive money laundering scheme. This scheme runs over $1B USD. Now investigations are showing that Vinnik retains delicate information on how he helped Russia hide their wealth. Precisely, these Russians are on Mueller’s indictment list.

Vinnik and His Links to US Election Hacking

Specifically, Vinnik landed in a Greek police net in 2017. This was after accusations were leveled against him by US prosecutors for the use of Bitcoin in perpetrating large scale money laundering. In addition, there are allegations of fund transfers to a hacking cell by Vinnik.

This hacking cell called, Fancy Bear, has strong affiliations to the Russian military. Earlier on, Mueller indicted officers from Fancy Bear for stealing email databases from the Democratic Party. Fancy Bear had stolen the emails in a bid to influence the outcome of the US elections.

Interestingly, Vinnik is in the middle of a fierce international battle. Currently he is spending his time in a Greek prison. France, the United States, and Russia are fighting hard for Vinnik’s extradition. For the US and France, the grievance fueling this extradition drive is for Vinnik to face justice for the money laundering he carried out in Bitcoin. Together, French and US authorities are trying to extradite Vinnik for cybercrimes he allegedly committed involving French and American citizens.

On the other hand, Russia is also fighting tooth and nail to extradite Vinnik. It is suspected this is a protectionary move from the Russian authorities to prevent Vinnik from divulging vital information to the West. Greek police uncovered a murder plot to assassinate Vinnik showing how politically tense the situation is.

A Defiant Claim of Innocence

Be that as it may, Vinnik is yet to feel the heat of the scorching furnace he is in. Regardless, Vinnik claims that he is innocent. He denies any knowledge of the $9 billion worth of Bitcoin laundered through BTC-e. BTC-e is the Bitcoin exchange platform formerly managed by Vinnik.