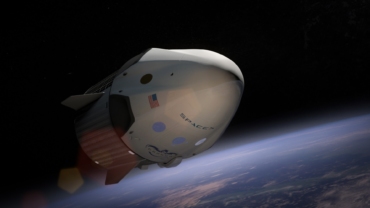 The CEO of Tesla, Elon Musk, needs no introduction in the world of technology. He is widely known as a visionary business magnate. A peek into his business profile reveals that he is the CEO of many influential companies. The most notable companies linked to him are aerospace maker SpaceX, the electric car manufacturer Tesla Motors, and the giant payment processing platform PayPal, which he left in order to pursue other ventures.

Musk Is Always in the News

Yes, Musk is always in the news for a number of reasons. Why wouldn’t he be when he is hell-bent on materializing his tech wizardry? Let’s be clear, Musk is an engineer who never runs out of ideas. Recently, Musk disclosed that he was going to take his company private. As expected, that got tails wagging. Lest we forget, this brilliant engineer is a billionaire who can afford to do some cryptocurrency giveaway sprees.

The business mogul was shocked when he learned that some scammers were using his name to dupe people. Come to think of it, Musk is a billionaire who could afford a cryptocurrency giveaway. However, upon learning about the fake account, he cried out on Twitter. He later advised his followers to avoid any Twitter handle in his name promising cryptocurrency giveaways.

How Do They Operate?

Just like the mode of operation of the Donald J. Trump scammer, the con artist would expect the donor to transfer some Ethereum (ETH) and get rewarded in multiple folds. Predictably, Twitter responded by banning every account that bears “Elon Musk.” At this point, it didn’t matter if a second Elon Musk existed on Twitter. Certainly, they all got pulled down. Nonetheless, that’s all in the past now as the real Musk is coming up with something new.

The billionaire, who is always active online, disclosed that his followers should expect some goodies soon. During a chat with his fans on Twitter, they sure had interesting questions for him. When someone asked him if he wouldn’t be sending them some ETH in response to the spambots, Musk replied, “It’s coming, I swear.”

In response to his comment, another commentator asked him about BFR (a project that SpaceX commissioned). He replied, “At this point, I want ETH even if it is a scam.” This statement opened a floodgate of comments with many of them defending Ethereum. In response, a follower then said that scammers use ETH but that doesn’t make ETH a scam.