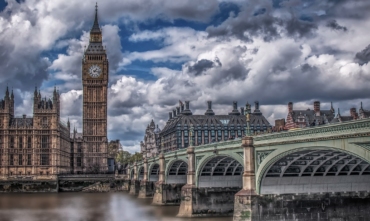 The Bank of England published a working paper to explore risks coming from the development of CBDCs – Central Bank Digital Currencies. The paper lays out three CBDC models. These include both the Financial Institutions Access model and the Economy Wide Access model.

The Economy Wide Access model would allow both direct and indirect access extended to non-financial entities and individuals. This model would see all players in the economy being able to use the central bank digital currency as money. However, only financial institutions would receive clearance to acquire the cryptocurrency from the central bank. In the working paper, the Bank of England argues that there is nothing new about electronic reserve bank money.

“Electronic central bank money is not a new concept. It has existed for decades, most ubiquitously as balances (commonly referred to as ‘reserves’) that are held by commercial banks and other selected financial institutions at the central bank,” notes the BoE paper.

The Bank of England is not the only reserve bank that is considering CBDCs. Earlier this week, ithe central bank of Norway, Norges Bank, revealed it is evaluating plans of launching its own virtual currency. According to Norges Bank, its CBDC would not replace fiat currency, but rather complement it. The plans for a CBDC were driven by a growing interest in virtual currencies as well as a decline in cash usage. Thus, the Norges Bank could ensure its relevance by using the CBDC.

Per Norges Bank, the CBDC would serve three main purposes. This would include ensuring a risk-free alternative to deposits in commercial banks besides cash. The CBDC would also serve as an acting backup solution for regular electronic payment systems, besides serving as a legal tender to supplement cash.

Besides Norway and the United Kingdom, Reuters reported last week that the government of Switzerland commissioned a report studying the opportunities and risks with unveiling a national digital currency.

Follow us on
Daily updates
Bank of England CBDC cryptocurrency