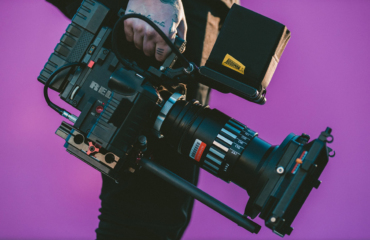 NetCents Technology Incorporated has been formally chosen to appear in the documentary series, Blockchain Superstars, happening soon. The company will distribute the documentary in all the 220 major Designated Market Areas (DMAs) across the United States. Most noteworthy is the fact that they will be distributing it to more than 50 nations globally this fall.

NextLevel Television Studios (NLTV) is producing the world’s number one Blockchain Television Series, Blockchain Superstars. NLTV is the producer of award-winning business and entertainment television program. In the same vein, NLTV will bring together top-performing professionals in the blockchain industry and Hollywood first-class superstars in this major Television Event Series.

Jordan Barber, the Technology Producer at NLTV, stated that:

“We were interested in doing an in-depth story on the best way to buy, sell, send money and transact online, in-store or via a mobile device via blockchain. NetCents was the perfect example.”

“With their focus on capturing the migration from cash to digital currency utilizing innovative Blockchain Technology to provide payment solutions that are simple to use, secure and worry-free, NetCents was the ideal company to profile and gave us an array of topic threads to really tell that story in a compelling and newsworthy way.”

The Composition of the Documentary Series

This documentary series is coming in 7 parts. It will bring clarity and substance to the enthusiasts in the blockchain industry. Interestingly, the series will focus its attention on what the program is all about, how the program works, and the companies and technologies that will emerge as the next Blockchain Superstars.

Blockchain Superstars, will question the experts, meet with top government officials, and discuss with the industry icons. Additionally, they will showcase 20 different blockchain and cryptocurrency companies and technologies that are making the biggest impact in the future. So, the documentary series will inform and teach viewers in both news and also business format.

By this arrangement, NetCents will become the only cryptocurrency payment processor that will appear in the documentary series. NetCents will appear twice during the program. But, the first appearance will focus on NetCents and its technology during a five minutes all-important show. The second appearance will focus on women in blockchain with John Lowther, the company’s CMO anchoring it.

NextLevel Television Studios (NLTV) is a leading next-generation international content leader that entertains customers around the globe. Among the various services they offer are television programming, premium video and film editing, television production, and digital content. NLTV continues to expand into an international group of the content platform of increasing diversity, reach, and also size.

NextLevel Television Studios has the world’s premier international television brands that create most of the world’s most compelling television programs, advertorials, documentaries, and music videos in over 150 countries in the world.

The NLTV Group has television production and digital media operations at its fingertips. It has supplied almost 100 shows to over 30 different networks in the United States. The company leads in delivering premium quality content to streaming, cable, and also broadcast platforms.

The production team of this great company consists of many staff independent people from around the world. Furthermore, the team has distinguished itself with many prestigious nominations and awards, powered by eloquent series and innovative, new break-out series. Certainly, NetCents will reap the benefits from this exposure.