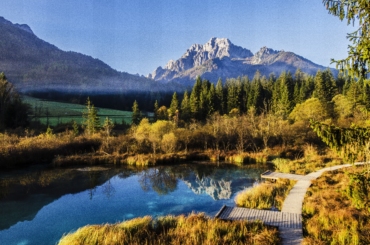 On December 6th, 2017, the Slovenian-based Bitcoin (BTC) mining platform – NiceHash – was the victim of a hack resulting in 4,700 stolen bitcoins. Shortly after the hacking, NiceHash posted the following on the social media, “there has been a security breach involving NiceHash website”.

“Our payment system was compromised, and the contents of the NiceHash Bitcoin wallet have been stolen”, the Slovenian firm announced via a Reddit post.

The hacking occurred at a time when the Bitcoin price was at an all-time high.

NiceHash Promises to Reimburse Its Customers

Shortly after the incident, management of NiceHash made an unprecedented promise to its entire customer base. They promised to reimburse all the stolen BTCs to their owners.

Ever since the incident occurred, the Slovenian company has been making good on their promise to refund all the stolen BTCs.

This means that the price of BTC has dropped about 65% since the incident occurred.

60% of the Stolen BTCs Refunded

On August 27th, 2018, reports coming out of Slovenia claim that NiceHash has managed to reimburse about 60% of the estimated 4,700 bitcoins stolen on December 6th, 2017.

The company has made refunds on a monthly basis. Seemingly, the firm looks on track to fully reimburse its customers in little to no time.

The Investigation by Slovenian Law Enforcement

The investigation into the theft involving NiceHash is still ongoing. Representatives of the Ljubljana Police Department had the following to say in a press release, “Information-gathering and other activities are still underway and carried out with the help of international legal collaboration.”

Slovenian law enforcers also noted that cryptocurrency theft cases are lengthy and demanding. This is due to the fact that perpetrators are often outside the country, acting from disparate parts of the world.

In a world where cryptocurrency theft cases occur without financial reimbursements of any kind, NiceHash is currently doing the unthinkable by actually repaying their affected users.

By doing this, the Slovenian firm has established itself as a virtuous trendsetter in the cryptocurrency world.