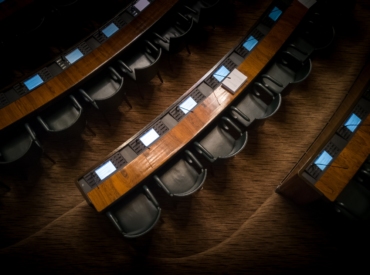 With every passing day, cryptocurrency is gaining credibility and penetrating industries as well as countries. Therefore, it is very interesting to learn that a conference on blockchain technology and cryptocurrency will be convening in North Korea. Definitely, this is not the most likely destination for a global conference on the blockchain, is it? Nevertheless, North Korea is inviting cryptocurrency experts from across the world in October to meet with representatives of North Korean companies. This report comes from U.S.-based Radio Free Asia (RFA).

A Redemption of Reputation for North Korea

To start with, North Korea doesn’t enjoy the best of reputation in the blockchain world. The estranged nation is famous for staging state-sponsored hacking attacks on cryptocurrency exchanges and international corporations. South Korea and the West have been their customary prey in most of these attacks.

The Korean International Blockchain Conference, which would start on the first day of October, could span for two days in North Korea’s capital city. Participants would eventually meet with representatives of North Korean firms by the third day of October. It is expected that the reclusive nation will use this event to show the world its prowess in the blockchain industry in terms of innovation and operations. Not a bad window dressing, is it?

Quite a Controversial Timing

This conference comes at a questionable time when the infamous North Korean hacking group, the Lazarus Group, is receiving renewed condemnation. The group installed malware in the operating systems of some cryptocurrency exchanges. AppleJeus is the name of the malware attacking computers. In light of this, the aim was to steal cryptocurrency capital from these exchanges while exploiting their security weakness. The attack was perpetrated when an employee of the targeted exchanges downloaded an infected app from a fake website.

Actually, this is not the first time a hacking attack from North Korea targeted an international cryptocurrency corporation. Back in March this year, Priscilla Moriuchi, former NSA official and cybersecurity expert for the Asia-Pacific region, revealed that North Korea amassed at least 11,000 bitcoins (BTC) through hacking and mining last year. This was worth over $200M USD.

A Breakout from Sanctions

North Korea is exploring alternatives to access the global financial system in face of biting US sanctions. Cryptocurrency is fast becoming the relief drug for nations suffering from sanctions. In addition to this, the likes of Turkey, Iran, and Venezuela are actively pursuing establishing a national cryptocurrency. Most particularly, Venezuela launched the Petro, its national cryptocurrency in February. The nation maintains that the Petro has since added over $3B USD to its coffers.