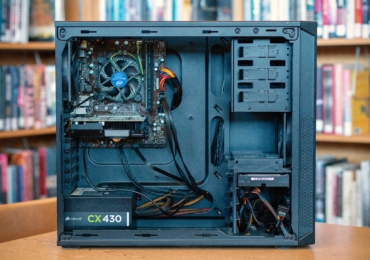 “We believe we’ve reached a normal period as we’re looking forward to essentially no cryptocurrency as we move forward. Our revenue outlook had anticipated cryptocurrency-specific products declining to approximately $100 million, while actual crypto-specific product revenue was $18 million, and we now expect a negligible contribution going forward,” Nvidia informs us.

This was an official announcement that was recently made by Colette Kress. Colette Kress is the Chief Financial Officer of the worlds largest chip and graphics card maker, Nvidia. Chief Executive Officer of Nvidia, Jensen Huang, also came out strongly and backed up the negative view of Kress. He said that the profitability of its cryptocurrency-focused mining chips has declined substantially. This comes following the downward trend of the cryptocurrency market.

The General Trend of the Crypto Market

CNN recently reported that Bitmain, a corporation in the cryptocurrency sector, recorded a huge profit. Bitmain recorded a $1.1B USD in the first quarter of 2018. Also, Bitmain captured 65 times the amount of profit recorded by Nvidia’s cryptocurrency venture.

Nvidia, despite being the biggest graphics card and chip maker in the global market, generated a “mere” profit of $550 million USD in the first three months of 2018. Bitmain made 50% more. Bitmain in their first three months of 2018 was able to record a profit of $1.1 billion USD. With this kind of information, it is quite unfair to argue that Nvidia’s cryptocurrency venture is struggling due to the downtrend in the crypto market.

Although many prices of major cryptocurrencies have fallen notably by more than 70% on average, the hash rate of Bitcoin (BTC) has increased substantially in the past eight months. This has shown a stable growth in the crypto world.

The Source of the Problem

The main problem with Nvidia’s cryptocurrency arm is that the demand for GPU mining has declined. The reason for this follows from the fact that, currently, there is only a handful of cryptocurrencies and tokens which miners can produce with GPU cards. This happens because of the lack of computing power in the chips used to make the graphics cards.

Unarguably, the profitability of Nvidia’s cryptocurrency venture was not affected by the decline of the demand for cryptocurrency mining. The decline in interest towards GPU miners and graphics cards for mining cryptocurrencies could be a better reason.