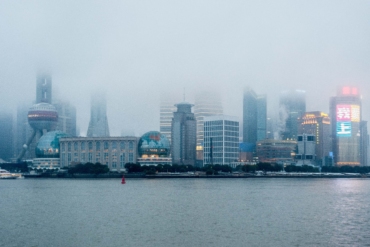 A filed lawsuit against China-based OKCoin cryptocurrency exchange claims it failed to reward Bitcoin Cash (BCH) to an investor. Infuriated, the Chinese investor believes the exchange failed to reward him with BCH in an airdrop after earlier promising to do so for all participants.

Details Of The Lawsuit

The charge sheet shares that the plaintiff is claiming that OKCoin failed to honor its promise of paying him 38.748 BCH during the airdrop. The claimant is now praying that the court orders the exchange to pay him $25,000 USD (about 170,000 Yuan) in damages. The litigant, Feng Bin, insists OKCoin must pay the sum because he purchased Bitcoin in early 2017 as stipulated by the exchange.

Feng said he was in shock after learning that there was no deposit of the sum in his wallet, making him seek clarifications. The exchange sent him an unsatisfactory message, claiming that he was no longer entitled to such rewards as the expected reward period has expired. The plaintiff stresses that the exchange never specified expiry date, which made him not bother with withdrawing the coin until the end of the year.

OKCoin Exchange’s Response To His Query

Feng expected that the management of the exchange would apologize for the mix up and pay him accordingly. Though, dashing his hopes was a message from the exchange explaining why he would not receive the sum. The notice reads, “The claim ‘button’ was a program that automatically executed BCH input to the user’s account. You cannot claim BCH anymore as the program has been removed from our platform. If you didn’t withdraw it at that time, it will be impossible to make later withdrawal.”

In defense, OKCoin said the investor did not claim the virtual currency in a sufficient amount of time.  The exchange made it clear that the onus is on a winner to claim his cryptocurrency, but Feng didn’t claim his prize when he should have. OKCoin noted that Feng tried to claim the forked coins in December when the program was no longer active. To add insult to injury, OKCoin accused Feng of displaying a suspicious behavior. They say his account was dormant despite fluctuations in the price of BCH in 2017.

The Beijing court has yet to pass a verdict on the matter. Though in the past, the same court dismissed a case filed against the Huobi trading platform. Analysts believe that the Chinese Government’s unwelcoming stance on virtual currencies might be leading the court to hear the case.