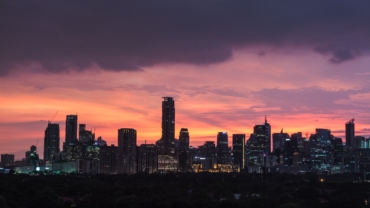 Chuchi G. Fonacier, the deputy governor of the bank, in a statement, gave the names of the approved cryptocurrency exchanges. They are ETranss and Virtual Currency Philippines. Fonacier stated that the two exchanges satisfied the bank’s regulatory requirements. They were granted operational licenses as a result. With this statement, the virtual currency exchanges will specialize in converting Philippine pesos (PHP) to cryptocurrencies.

A Sense Of Direction

While the governments of most developing countries usually launch a clampdown on cryptocurrencies as crypto-transactions are completely outlawed, many others keep experimenting with a wide range of legal possibilities. They hope to give a sense of direction to cryptocurrencies in their domains. Though, the Philippines seem to have put their best foot forward by formulating cryptocurrency regulatory guidelines. So, with progressive cryptocurrency laws, ordinary Filipinos will gain from the benefits which cryptocurrency offers. Some gains include helping its user to access cheaper credit facility and facilitating remittances from foreign countries.

Even before the news of the cryptocurrency exchanges broke, crypto trading was popular in the Philippines. For instance, coins.ph, a crypto-based app, has over five million Android subscribers alone.

With overseas working-class Filipinos numbering 10 million, and sending home over $7 billion in one quarter, having digital currency laws will be very crucial for overseas remittances. As the crypto-market continues to boom in the Philippines, the regulatory authorities are keeping guard over the key players to ensure they operate within the confines of the legislation.

A common factor to pinpoint as the main reason for government approval of more exchanges is the unprecedented positive impacts that digital currencies have on the local economy. In a country where a sizeable number of its population is migrating to other climates in search of greener pastures, the Philippines have established that its financial services industry has experienced phenomenal growth fueled by digital currencies.