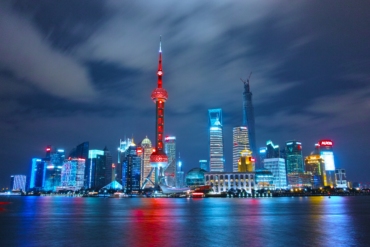 Despite the hidden nature of Alibaba’s blockchain dealings, it’s proof enough that Jack Ma is experimenting heavily with the technology. This, in a way, proves that Alibaba, his biggest investment, is highly dependent on the same tech for the future of e-commerce. One of his subsidiaries, Alipay, recently made a remittance using its app, Gcash. The Filipino payment app made the payment in 3 seconds on June 25th, according to Bloomberg. The joint project with Globe Telecom, a local telecom company, showed the ability of remittances made through digital wallets.

A recent announcement of patenting a digital wallet by the People’s Bank of China is proof that remittance through the platform may be the future for all banking and money sending institutions. The move by the bank is a response to an emerging trend. They see it important and to have a strategic placement in case of unpredictable events.

Ma, who still states that he does not believe in the get rich quick scheme that comes with cryptocurrency, is a firm believer in the solutions that blockchain brings. He used the tech in one of his subsidiary companies involving medical aid and insurance to enhance services. Additionally, he seems to be leaning on this platform for the future of all his companies. “Using blockchain to achieve cross-border remittances is one of my most concerned projects in the past six months. Starting from Hong Kong, this service (AlipayHK) will be brought to the rest of the world in the future,” cnLedger, an online crypto resource, quoted Ma.

Ma plans to use the remittance service all over the world with the completion of the project. In the future, he believes that this will be the best way to send money across digital platforms. The tycoon also signaled the unrelenting pursuit of Alipay using blockchain tech allocating over $14 billion in the research.

Jack Ma expressed his opinion of Bitcoin being a bubble as the current downward trend of the coin continues. However, Brian Kelly, The CEO of BKCM LLC, mentioned that he is still confident that Bitcoin will rise. Bitcoin was trading at $6,300s as per July 10th, a low for a coin that was trading at $20,000 in December 2017. The digital currency is declared dead on nearly a daily basis, yet it still marches on.