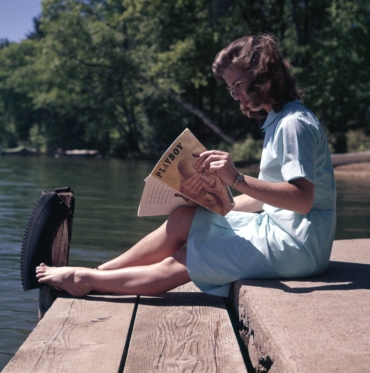 According to the L.A. Times, Playboy Enterprises has sued the cryptocurrency company for failing to fulfill their bilateral business agreement. In March 2018, the adult magazine announced its plan to launch its services on their blockchain. Also, as a company planning to offer on-chain services, an online payment wallet would make a perfect kickoff point. That is where Global Blockchain Technologies comes in.

Functions Of The Wallet

Ideally, the wallet would support an array of digital currencies in the magazine’s online media, gaming, and digital businesses. Additionally, Playboy Enterprises explained that its subsidiary, PlayboyTV, would be the first to feature the new wallet. Afterward, the platform would receive Vice Industry Token (VIT) and other tokens.

In May, GBT announced it was working on the wallet through its official media channel. Though, the digital currency developer wouldn’t give the details of the agreement.

Filed in L.A. County Superior Court, the lawsuit details the terms and conditions of the agreement the two companies reached. Recently filed, the lawsuit also states that Global Blockchain Technologies would develop and provide all the necessary tokens for Playboy’s blockchain launch. However, the blockchain developer abdicated its responsibility by failing to carry out two fundamental obligations. First, it refused to develop the wallet as agreed upon. Second, Global Blockchain Technologies refused to pay an agreed $4 million.

Consequently, Playboy is seeking legal redress that borders on compensating them and punishing the blockchain developer. Well, Global Blockchain Technologies not only dismissed Playboy’s lawsuit, but it also called the allegations “frivolous.” Also, GBT says that what has transpired between them and the adult mag publisher is a mere misunderstanding.