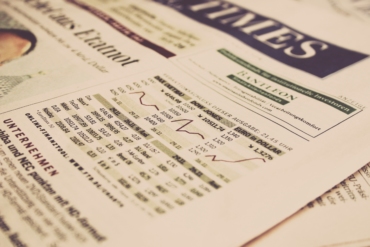 Anthony Pompliano might disagree, but the two hardest things to predict in the world are:

The price of Bitcoin has been a roller-coaster of a ride. Last year, Bitcoin was aiming for the skies as it was flying outstandingly to almost $20,000 USD. Fast forward to this year, Bitcoin is on a parachute descent, dropping gradually into the low region of $6,000 USD.

Surely, Bitcoin has not lost its element of surprise. Today’s investors could be lighting up with excitement about Bitcoin, and tomorrow they could be cold and disinterested. Several cryptocurrency experts have divided themselves into the bullish and bearish camps as they spy beyond the horizons of today into the future prices of Bitcoin. Therefore, several cryptocurrency price predictions have emerged. Among these puzzling predictions is a remarkable one, by Anthony Pompliano. He posits that Bitcoin will soon drop as low as $3,000 USD!

Not the most popular cryptocurrency celebrity, but Pompliano is a reputable figure of authority in the blockchain world. He is the founder of Morgan Creek.

One charismatic trait of Pompliano is the outlandishness of his claims. His predictions combine the spark of boldness and weirdness. At the start of the year, he predicted that Bitcoin could athletically leap up to $25,000 USD by this December. Furthermore, Pompliano asserted that Bitcoin would jump even further to $50,000 USD in a 6-year span.

Pompliano and His Calculations

However, Pompliano has decided to review his predictions. This time with less vigor and optimism. Now he says it would be more likely for Bitcoin to fall to $3,000 USD than for it to rise to $10,000 USD. So, how does Pomplinao arrive at his figures and predictions?

Digging deep into historical market data, it is clear that in 2011, Bitcoin’s primary market lasted for 161 days. The next one was between 2013 to 2017 and lasted for 400 days. Pompliano uses this as a basis for his argument that the bear market currently smearing the Bitcoin market would last about 650 days. In light of this, we may not be seeing a positive reversal in declining Bitcoin prices until late next year.

Nonetheless, despite his gloomy predictions on the short term, Pompliano is still parading his long-term optimism that Bitcoin could rise as far as $50,000 USD within the next five years.